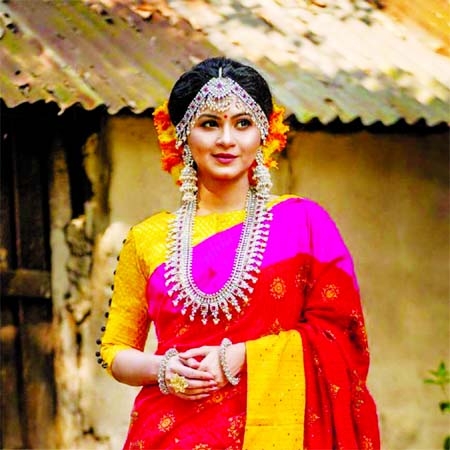 Entertainment Report :
Popular actress Orchita Sporshia will be seen in a
never-before avatar for her latest thriller genre short film titled A Perfect Murder. Directed by Ashwash M A Chowdhury and produced by FilmCast banner, the film will showcase Sporshia and Mahadi Hasan as the protagonist. The FilmCast channel recently released the teaser
on its YouTube channel. The teaser shows Sporshia
wearing a burqa and pointing a gun at Mahadi Hasan.
While talking about the short film its director Ashwash M A Chowdhury said, âSporshia will be seen in a completely different avatar in the movie. Through this movie she will break the stereotypical portrayal of heroines.â
Sporshia shared her feelings by this way, âViewers will get to see me first as a normal girl who faces sexual harassment at work but as the story progresses,
they will get to see my other sides."
Director Ashwash M A Chowdhury informed the media that the shooting of the short film was completed last month. Currently, the film is going through
its post-production phase.
The short film will be released soon on an OTT
platform for the audience, he also said.