A History Of Inspiration 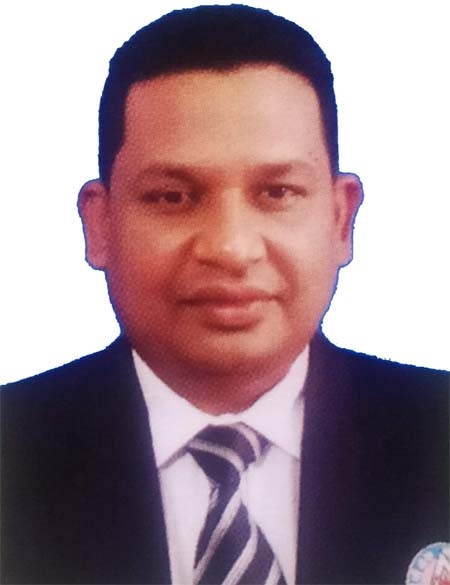 Majhar Mannan :
An 18-minute unwritten speech of Bangabandhu Sheikh Mujibur Rahman delivered on March 7, 1971 can be called the Magna Carta of Bengal, because this speech inspired the people of Bengal to join the Liberation War. The speech has 1108 words and each word has its own unique meaning, depth and significance. This historic speech of Bangabandhu has been translated into 12 languages.
Bangabandhu delivered this historic speech on that day to liberate the Bengali nation from 23 years of boundless exploitation and oppression. Bangabandhu did not suddenly give this historic speech. It was the final form of a continuous movement.Â  Although the Awami League won a majority in the election of 1970, the ruling class of Pakistan resorted to deception to hand over power. Yahya Khan convened a session of the National Assembly on 3 March 1971 but unexpectedly the session was adjourned indefinitely on 1 March. This led to intense dissatisfaction among the nation and hartal was observed on 2 and 3 March, 1971. A non-cooperation movement was declared. This turbulent political situation formed the field of the historic speech.
Bangabandhu's speech on March 7 is one of the best speeches in the world for its uniqueness, profoundness, multidimensional and dynamic character, extraordinary multiplication and directional excellence. On October 30, 2017, UNESCO included this speech in the Memory of the World Register. The speech is compared to the Gettysburg speech of US President Abraham Lincoln. Cuban leader Fidel Castro praised the speech, saying it was not just a speech but a document of unique maneuver. Anti-apartheid leader Nelson Mandela said it was the key to independence of Bangladesh.
The way Bangabandhu highlighted Bengali nationalism in his speech, no other leader could do that. In his speech, he spoke about the establishment of democratic rights of the Bengali nation and a society free from exploitation.Â  He said that 23 years of history is the history of crimson of the highways with the blood of people of Bengal. Through this speech Bangabandhu called for war of liberation and independence. He said, ' The struggle this time is a struggle for freedom -- the struggle this time is a struggle for emancipation.'
18 days before from March 7 to March 25, this speech prepared 7 crore people of Bengal for the fight of independence. In his 18-minute speech, he laid out the whole canvas of the history of Bengali struggle. His historic speech was a unique example of an epic. UNESCO has rightly made the following comment about this historic speech of Bangabandhu.
'The speech effectively declared the independence of Bangladesh. The speech constitutes a faithful documentation of how the failure of post-colonial nation -states to develop inclusive, democratic society alienates their population belonging to different ethnic, cultural, linguistic or religious groups. The speech was extempore and there was no written script.'
Through this speech the Bengali nation reached a new height in the history of the world. This speech was the ultimate direction of the war of independence and guerrilla warfare and after this speech people began to prepare themselves for the final battle in every house. Bengalis got an independent and sovereign state on the world map in exchange for the lives of millions of people in the bloody 9-month war by following the directions given in the speech. Through this speech the people of Bengal were united and formed a fierce movement.
Former Prime Minister of the United Kingdom Edward Heath said, this speech was an inspiration not only for the people of Bangladesh but also for the people of the world. The international media referred to Bangabandhu's speech as a unique historical landmark and a directional speech. Bangabandhu has been called the Poet of Politics.Â  According to international political analysts, this speech of Bangabandhu is not just a speech, it is a unique epic where there is a grammatical application of rhythm. In 1997, Times Magazine reported that Sheikh Mujibur Rahman declared Bangladesh's independence in his speech on March 7. According to a report of The Washington Post, Sheikh Mujibur Rahman's speech on March 7 was the basic declaration of Bangladesh's independence and the subsequent war of independence occurred based on this speech.
From this historic speech the new generation learns how to stand up against injustice and how to remain steadfast without bowing down. We learn from the speech how to continue the democratic movement and struggle without conspiring against anyone and without inciting. We also get the message from the speech on how to move forward in a democratic way by giving priority to the opinion of others in the field of politics. The historic 7th March speech has now certainly become an asset, not only of Bangladesh but of the whole world.