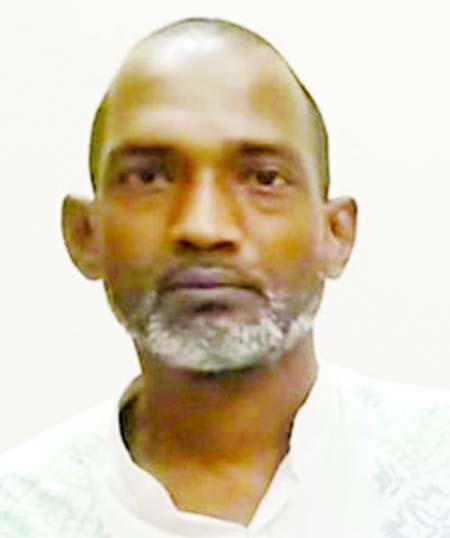 bdnews24.com :
Cartoonist Ahmed Kabir Kishore is in poor health after his release on bail from jail detained in a digital security case, losing 9 kg of body weight while in detention.
Kishore has been admitted to a private hospital in Dhaka after he was released on Thursday, said his brother Ahsan Kabir, an author.
He was already lean but now he has lost another 9 kg, Ahsan Kabir told bdnews24.com.
"His RBS or random blood sugar count used to be around 10 before he was detained. It remains between 17 and 25 now."
Ahsan refused to reveal the hospital in which Kishore is undergoing care but he said that the doctors have prescribed some medical tests for him. These tests include check-ups of his eyes and ears as well as an X-ray of his legs, where Kishore is suffering from pain.
Kishore is fine now, but is a bit slow to recall and respond to questions, according to his brother.
"I won't say that he forgets everything, but he takes time to recall things."
Mobile phones have been kept away from Kishore and they hope to get the test results by Sunday, added Ahsan.
Citing Kishore, Ahsan said that he was tortured in captivity.
Kishore's lawyer Jyotirmoy Barua refused to speak on his client's state.
The High Court granted a six-month bail to Kishore on Wednesday.
Kishore was arrested with writer Mushtaq on charges of propagating disinformation against the government on social media in a case under the Digital Security Act.
Writer Mushtaq Ahmed, co-accused in the same case, died in jail on Feb 25. His bail was sought in an application before his death, along with Kishore's.
The case was started against 11 people by Deputy Assistant Director Zahirul Islam of RAB-3 with Ramna Police Station.