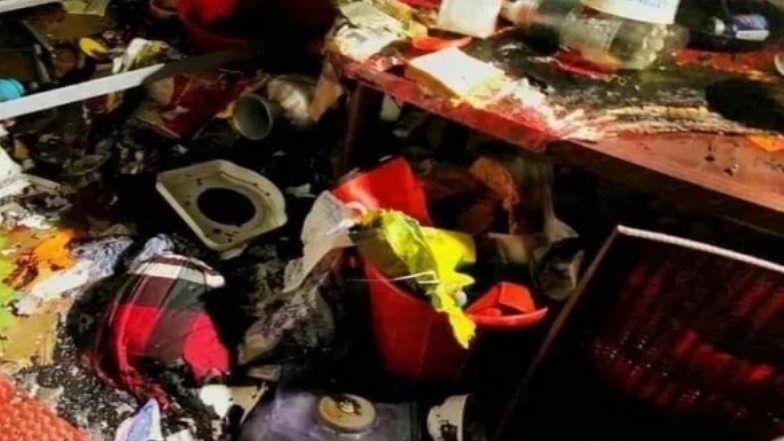 A woman and her two daughters suffered burn injuries in a fire that broke out following an explosion at a residential building on Shaheed Shahidullah Kaisar Road in the district town on Friday night, police said.

The victims have been identified as Mehebunnesa, 40, wife of Mahbubul Islam who lives in Dubai, and their two daughters -- 18-year-old Farah Islam, a class XI student, and 14-year-old Hafsa islam, a grade X student of a local school.

Sudip Chandra, inspector of Feni police camp, said the explosion occurred on the fourth floor of the fifth-storey Shafique Mansion around 10.30 pm, following which the fire broke out.

Â Abul Kalam, a caretaker of the building, rushed to the fourth floor and spotted the trio lying on the floor. He immediately rushed them to a local hospital.

The blast damaged the window panes of flats on other floors of the building. A crack has also developed on the building, police said.

Dr Nayan Chandra Debnath, a doctor at the emergency department of the hospital, said the condition of two of the victims "are critical" as both of them received 50 percent burns. They have been shifted to Dhaka Medical College and Hospital, he added.

Â A probe has been ordered into the explosion, police said.