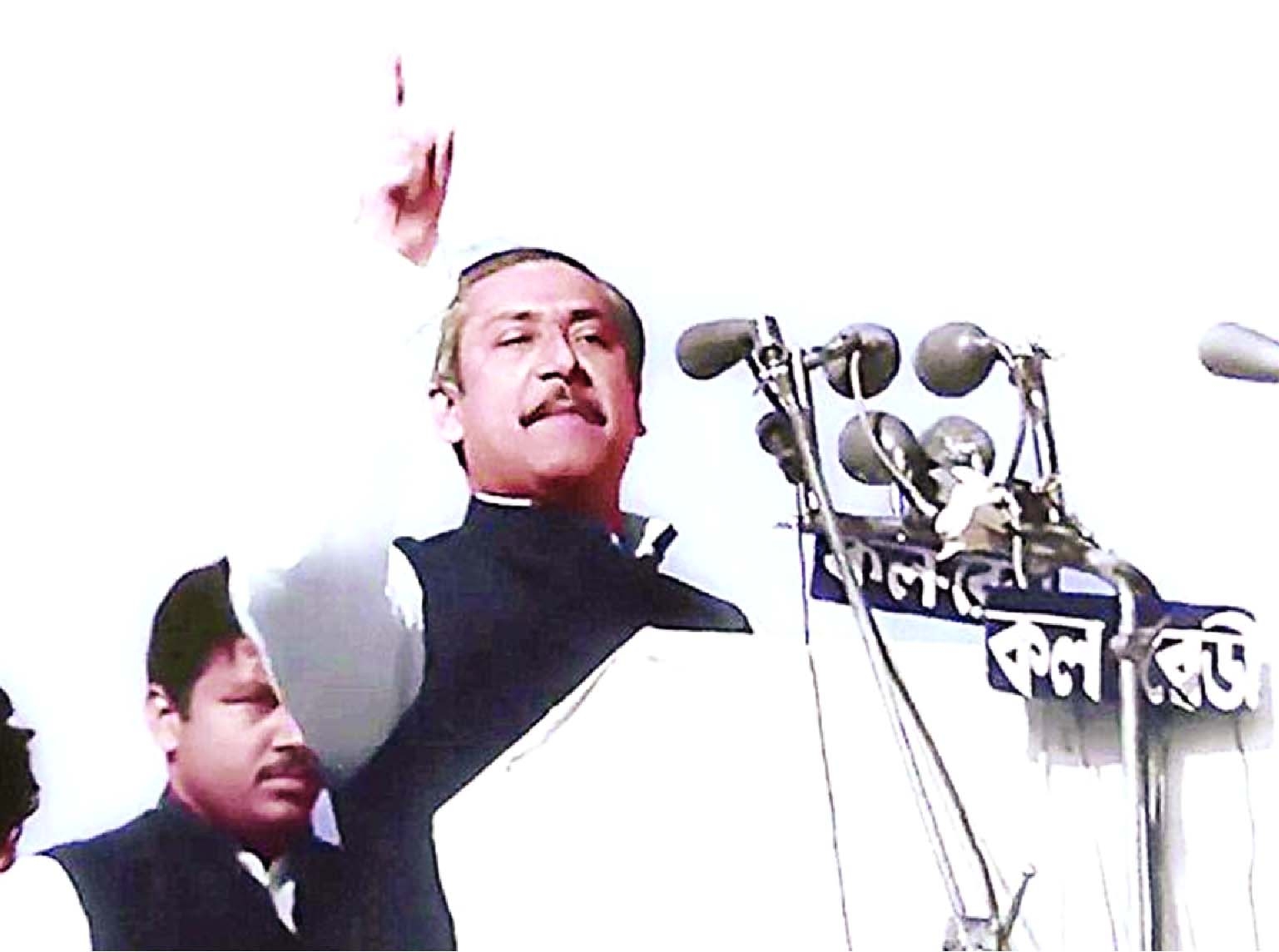 News Desk :
The nation is set to observe the historic March 7 today commemorating the landmark speech of Father of the Nation Bangabandhu Sheikh Mujibur Rahman which was apparently declaration of the country's independence in 1971.
This year the observance of the day will be more significant as the nation is going to celebrate the golden jubilee of the country's independence on March 26 next while 'Mujib Year', the yearlong celebration of Bangabandhu's birth centenary is going on, reports BSS.
The landmark fiery speech of Bangabandhu inspired the people to prepare for the War of Liberation.
The war began 18 days later, when the Pakistan Army launched "Operation Searchlight" against unarmed Bangalee civilians, intellectuals, students, politicians, and armed personnel.
On October 30 in 2017, the UNESCO recognised the historic speech as part of the world's documentary heritage.
It has been included in the Memory of the World International Register, a list of world's important documentary heritage maintained by the United Nations Educational, Scientific and Cultural Organisation (UNESCO).
On March 7, Bangabandhu in his historic speech at a mammoth rally in the then 'Race Course Maidan', now Suhrawardy Udyan, in the city directed the freedom-loving Bangalees for waging a decisive struggle against the Pakistani occupation forces.
In the 19-minute extempore speech from 4.23 pm before millions of people of former East Pakistan, Bangabandhu in unequivocal term said, "We spilled our bloodâ¦we are ready to shed more blood, the people of the country shall be freed, Inshallah!"
"Ebarer sangram amader muktir sangram, ebarer sangram swadhinatar sangram" - The struggle this time is for our emancipation, the struggle this time is for our independence- the great leader and the greatest Bangalee of all times went on to add.
During his deliberations amid thunderous slogans and applause, he also made a fervent appeal to the roaring people from all walks of life to take preparations for armed struggle against the tyranny, exploitation, subjugation and deprivation by Pakistani military junta with whatever they possessed and transforming every house into a fortress.
The people were overwhelmed and imbued with the spirit of Bangabandhu's unparalleled speech of independence regarded only as comparable to the Gettysburg Address of slain US President Abraham Lincoln.
The whole nation responded spontaneously to Bangabandhu's call with thunderous slogan- "Bir Bangalee Astra Dharo, Bangladesh Swadhin Karo" -Brave Bangalees take up arms and free Bangladesh from occupation.
The vigorous speech inspired people of all walks of life to prepare for the war, which eventually began after the Pakistani regime on the black night of March 25 launched on the unarmed Bangalees the worst genocides in history for the next nine months.
Bangabandhu's March 7 speech has been selected as one of the most rousing and inspirational wartime speeches in the last 2,500 years. The dynamic speech had changed the course of the country's history.
The tantalizing speech literally had a mesmerizing and sparkling effect on the entire population of this soil and they became united under his capable and farsighted leadership to bravely fight for liberating the motherland from the clutches of the Pakistani occupation forces.
Although people from all walks of life irrespective of political and religious beliefs were united for the cause and began to take all out preparations for a bloody war, they waited till the crackdown of the Pakistani occupation forces on the sleeping Bangalees on the night of March 25, defamed as the "Operation Searchlight".
As soon as the Pakistani occupation forces started genocide, Bangabandhu declared independence of the motherland instructing the people to put up strong resistance and fight against them till the liberation is achieved.
At the instruction of Bangabandhu, the brave nation fought successfully the nine-month-old war of liberation and ultimately liberated Bangladesh from the clutches of the Pakistani occupation forces on December 16, 1971 with the assistance of the allied Indian forces.
To mark the day, different socio-cultural and political organizations, student and professional bodies have drawn up elaborate programmes including laying wreaths at the portrait of Bangabandhu and holding discussions with maintaining health guidelines in view of the coronavirus pandemic.
The government has made national flag hoisting at all public and private buildings in the country and its diplomatic missions abroad compulsory on the historic 7 March from this year.
The 'Historic March 7' National Day observance programme will be arranged at the Bangabandhu International Conference Centre (BICC) at 3pm today marking the day.
Prime Minister and Awami League President Sheikh Hasina will join it on virtual platform as the chief guest.
Marking the day, Islamic Foundation called for arranging special prayers at all mosques across the country seeking eternal peace of the departed souls of Bangabandhu and 1971 Liberation War martyrs.
Bangladesh Betar and Bangladesh Television as well as private television channels and radio stations will broadcast and telecast special programmes while national dailies will bring out special supplements marking the auspicious occasion.