Why single people are attractive 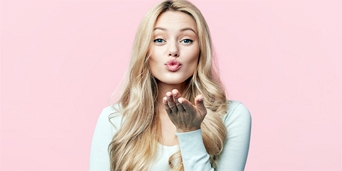 Wendy L. Patrick, J.D., PhD :
Many people are perfectly happy enjoying life as a single person. Comfortable flying solo, they are not looking for a partner, and accordingly, are often perceived as both content and comfortable. Their confidence is attractive, and accordingly, so are they. Examining the science of seduction, there is nothing quite like the allure of the unattainable, which is what many happily single people appear to be.
In addition, we are drawn to others who are positive. We enjoy the company of single people who are relaxed and in a good mood, and we can all relate to the attraction of positivity-both socially and often even physically.
People who are self-conscious or anxious about being single, on the other hand, feel very differently. Unhappy and pessimistic, perhaps even feeling stigmatized, as I discussed in a prior column, they fear that their awkwardness or discomfort makes them less attractive to others. But is that really true? Research has some positive news.
Who Fears Being Single?
Stephanie S. Spielmann et al. (2020) defined fear of being single (FOBS) and examined how it impacts romantic selectivity.[i] In their research, they define FOBS as "concern, anxiety, or distress regarding the current or prospective experience of being without a romantic partner." One of the interesting things they sought to explore was whether perceptions of physical attractiveness, perceived by self or others, were linked with FOBS.
Spielmann et al. explain that FOBS can vary based on context and experience. They give what is no doubt a common experience as an example, noting that FOBS increases immediately after a relational breakup, regardless of which party initiated the dissolution.
Spielmann et al. note that likely the most important distinction theoretically as well as empirically is the relationship between FOBS and attachment style. They note that anxiously attached individuals, described as people who are "characteristically clingy and needy in their relationships," resemble individuals with stronger levels of FOBS due to insecurity regarding being worthy of love and whether their partner will "be there" for them. Nonetheless, they note that FOBS and anxious attachment "appear to be distinct relational constructs that tap into unique insecurities."
They further note that research reveals that FOBS uniquely predicts relationship behavior beyond the impact of having an anxious attachment style.
The Difference Between Self-Perception and Other-Perception
Of significance to single people, is-are they attractive to others? Participants in the study conducted by Spielmann et al. rated their own perceived level of physical attraction and were rated by others in a photo-rating study.
This revealed some positive news. For the judge-raters, FOBS was not linked with a perception of being less physically attractive, a finding which is no doubt a relief to many people out on the dating scene. The findings were mixed, however, in terms of FOBS and self-rated physical attractiveness. Â
Why would a single person rate themselves as less attractive as they really are? Spielmann et al. reported that self-rated physical attractiveness was more likely due to anxious attachment, which they note is consistent with research linking anxious attachment with negative self-perceptions of attractiveness. And they explain that although they cannot test alternative explanations with their data, they opine that perhaps, people with stronger FOBS perceive themselves as lower in mate value in other dimensions such as sociability, personality, social status, fertility, or earning potential-whether or not such perceptions are accurate. They also raise the possibility that people with greater FOBS may be more likely to internalize societal prejudice toward singles, which might impact their goal of attracting a partner.
The good news appears to be that whether someone is single by choice or not, singleness does not necessarily impact the way we are viewed by others. Recognizing that we are our own worst critics may help us to remember that beauty is in the eye of the beholder.