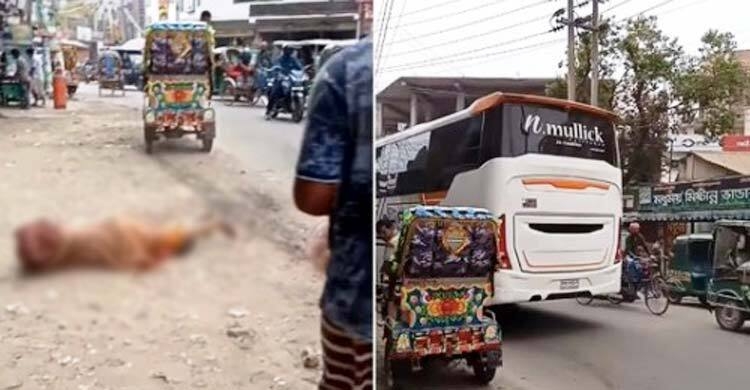 The bus driver and the helper have been arrested for throwing a woman with a speech impediment from a moving bus in Keraniganj. Dhaka. Besides, the bus âN Mallick Paribahanâ was also seized.

Earlier on Sunday morning, the woman with the speech impediment wearing a burqa was thrown from the bus as she had no fare to pay for the bus ride.

A local people took pictures and videos of that moment and later posted those on the social platform Facebook. Those went viral immediately.

In the viral video, it was seen that an AC bus named âN Mallickâ (Dhaka Metro Ba-13-1521) stopped at Rohitpur Bazar. The helper dragged a woman wearing a gray burqa from inside the bus and pushed her to the gate. Later, the helper threw the woman, as a result, she fell on the road and kept humming. The locals picked her immediately from the road and asked her about the incident.

Unable to speak, the woman wrote on the tiles, âN Mallick picked her from Konakhola. She has no fare to pay. N Mallick never took fare from me. Everyone from the bus company knows me. I think he didnât recognize me.â