Keya Payel again performs with Imran in his music video 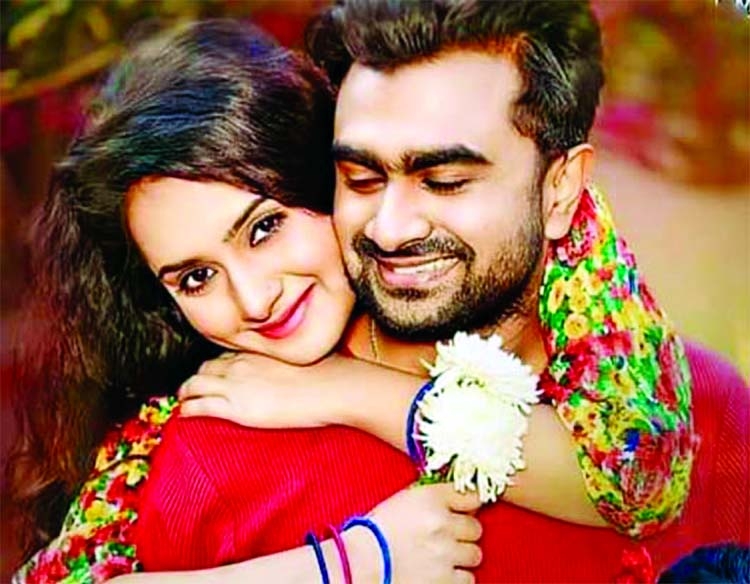 Entertainment Report :
Earlier, popular singer Imran and popular TV actress and model of present generation Keya Payel performed together as model in a music video. After a break, Keya Payel again performed as model in music video of Imranâs song.
Imran informed that in his new song titled Alo, Keya Payel also performed with him in the music video of the song. Robiul Islam Jibon wrote lyrics of the song, while singer Imran Mahmudul himself composed its tune. Poni Chakma also lent her voice for the song with Imran. Saikat Reza has made music video of the song, which will be released on YouTube channel of CMV on March 23.
While talking about his song Imran said, âFew days ago, Keya Payel performed as model in my song Eto Bhalobasi, which lyrics were written by Jamal Hossain and tune was composed by me. Kona Apu was my co-singer in the song. Later, I rendered the song Alo, which lyrics were written by Rabiul Islam Jibon. I have liked his written lyrics. I have tried my level best to compose tune and music of the song. One of my favourite students Poni Chakma also lent her voice with me in the song. Overall, it has become a nice song. I believe listeners will enjoy the song. I give thanks to Saikat Reza for making such a nice video for the song. I give also thanks to model Keya Payel.â
Keya Payel shared her feelings by this way, âI lastly worked with Imran in the song Eto Bhalobasi. Alo is our new work. I am getting response for the song Eto Bhalobasi. Inshallah we will also get response for the song Alo.â