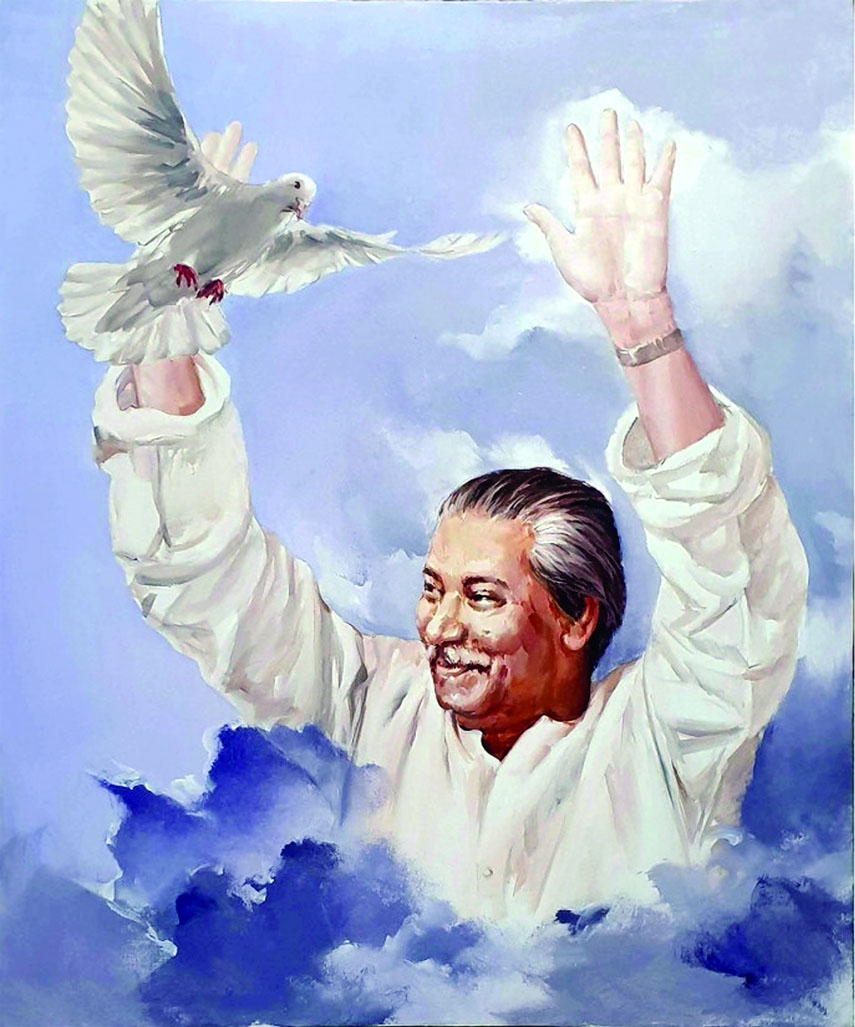 Majhar Mannan :
The independence of Bangladesh was achieved in 1971 through 9 months of bloody war and in exchange for the blood of 3 million martyrs. Maulana Abdul Hamid Khan Bhasani said that the independence of Bangladesh has come by overcoming the sea of blood and climbing the mountain of fire. It has been 49 years since independence and many great achievements have already been made. Under the strong leadership of Bangabandhu Sheikh Mujibur Rahman, we got our cherished freedom. Bangabandhu and Bangladesh are inseparable. If Bangabandhu had not been born, Bangladesh would not have been born. The 50th year of independence and the birth centenary of Bangabandhu are undoubtedly a beacon of hope for the Bengali nation. Much of Bangabandhu's dream of building a golden Bengal has come true today. Bangladesh is now on the verge of becoming a strong, developed and prosperous country.
Independence is the greatest achievement of a nation. The greatest achievement we have ever had is the freedom and we have gained it through so many sacrifices. Article 11 of the constitution of Bangladesh guarantees basic human rights and freedom. There were some special motives behind the liberation war. 1. To break the shackles of subjugation and establish a democratic independent state free from exploitation. 2. To ensure basic human rights 3. To build a non-communal Bangladesh rich in free thought and consciousness. 4. To ensure social and economic security for all citizens. 5 To ensure freedom of speech, freedom of the media and human rights. 6. To build a non-discriminatory society. We have achieved a lot though the desired goal in social and economic field has not been achieved yet.
Most of the dreams with which the Bangalees took part in the liberation war have been fulfilled today and there is little left. The progress was stopped by killing the man under whose great leadership we got freedom. Repeated military coups, assassinations and bloodshed, anti-liberation conspiracy have severely hampered the post independence development. Even after all this, the achievements we have had in 50 years is by no means insignificant. According to Nobel Laureate Amartya Sen, in some cases, Bangladesh has had surprising success. The biggest achievement of the last 50 years has been the transition from a least developed country to a developing country. Bangladesh has shown tremendous success in the three areas of per capita income, human resources index and economic index. Bangladesh is continuing its efforts to become a middle income country by 2021 and a developed country by 2041. Already Bangladesh has gained international recognition for its achievement of positive change in both social and economic indicators. Bangladesh has shown great success in the field of agriculture, education, health and poverty reduction with the goal of sustainable development in mind. There has been huge economic development within 50 years in this country since its independence. Our country has achieved the highest accretive GDP growth in the last few years and is now being considered as 'role model of development''. Bangladesh has already achieved a revolution in the field of infrastructure. Notable infrastructures are Bangabandhu bridge, Rampal power station, Matabari port, Rooppur nuclear power plant, Bangabandhu satellite 1, Padma bridge, Mega projects in Dhaka-metro rail, Elevated expressway, Bus rapid transit and Underground railway(proposed). With the completion of Metro rail and Elevated expressway the intense traffic jam in Dhaka city, which takes up 3.2 million work hours everyday would be over.
To build a developed country, people need a better life system. A survey of Bangladesh Bureau of Statistics and UNICEF shows that 2 crore 34 lakh people of country still use undeveloped and unhygienic toilets. 1.5 percent of people defecate in the open place. In the days ahead, Bangladesh will have to face some big challenges. They are: 1. Tighten the reins of corruption with an iron hand 2. To reduce the rate of population growth. 3. Brining unemployment to a tolerable level 4. Dealing with the economic pressure caused by the corona epidemic. 5. To make maximum efforts to repatriate the Rohingyas 6. Tackling extremism and sectarianism 7. To keep the price of goods within the purchasing power of the common people 8. Continuing the democratic trend 9. Taking effective steps to prevent road accidents 10. To unite the people to prevent the spread of drugs. There is no reason to think that all the objectives and dreams behind our liberation war will be fulfilled overnight. However, if the country is governed by patriotism, honesty and the spirit of liberation war, our dream will be true within short time.