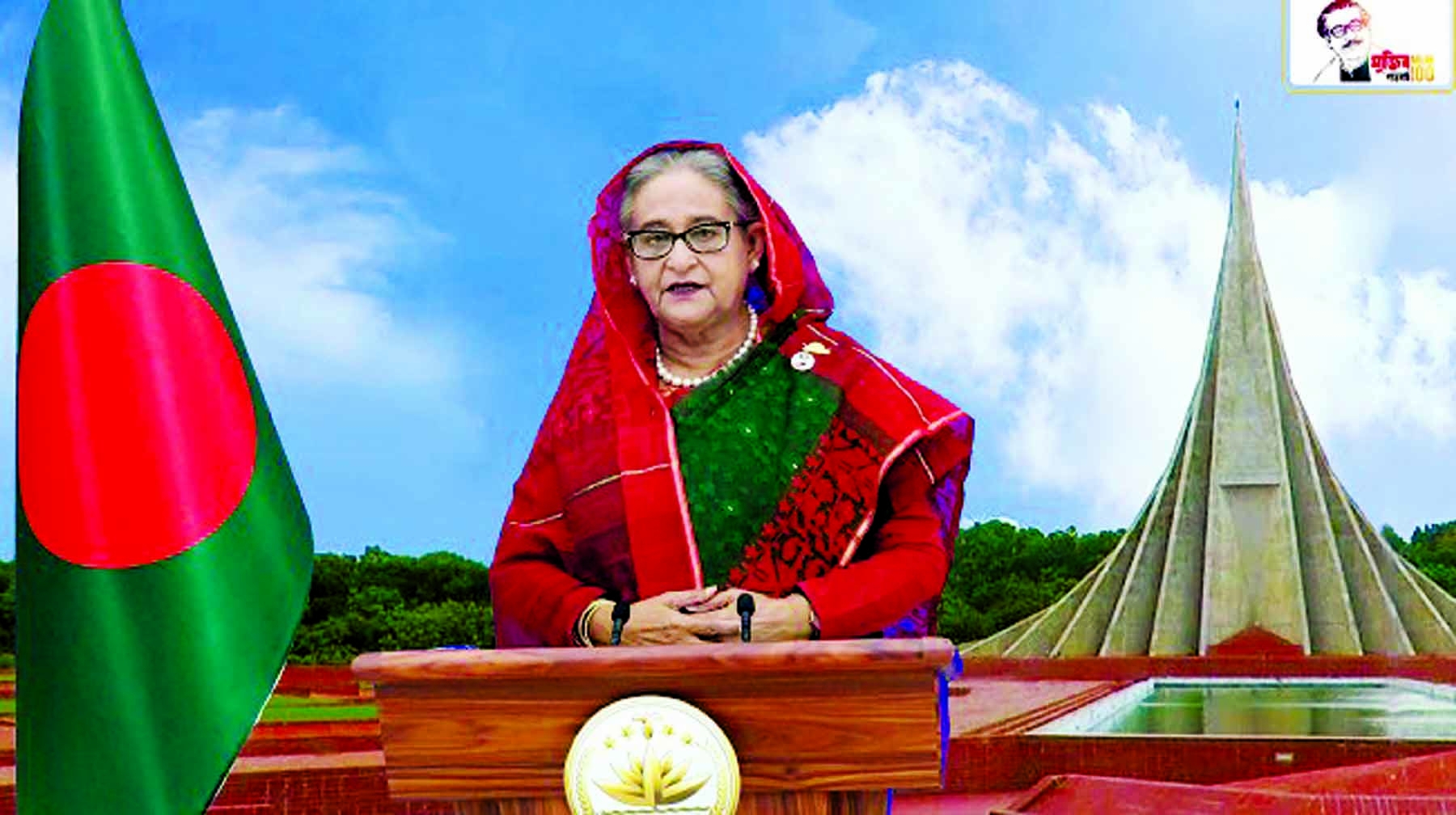 Prime Minister Sheikh Hasina addresses the nation on Thursday evening on the occasion of the golden jubilee of the country\'s independence.

Prime Minister Sheikh Hasina has urged people to forget differences and work together to build a "prosperous and non-communal" Bangladesh as it celebrates 50 years of independence.
Hasina made the call to the citizens in her televised address to the nation on Thursday on the eve of the golden jubilee of independence.
"On this auspicious moment of golden jubilee, we must take an oath so that no one can play with people's fate, or hinder the country's progress again."
Hasina called for people to renew their nation-building efforts, as envisioned by the Father of the Nation Bangabandhu Sheikh Mujibur Rahman, inspired by the spirit of the War of Independence.
"We are celebrating the golden jubilee of independence. But let's not this celebration be only a formality. We have to take a fresh vow to raise our country to new heights keeping the Father of the Nation's 100th birthday and 50 years of independence in mind."
"It is a day of bliss for everyone," Hasina said, pointing out that this year's Independence Day has come with special zeal and fervour.
During her speech, the Wednesday night. They were from the upazila's North Islampur area.
Mintu and Sakib died at Dhaka Medical College Hospital while undergoing treatment. Emon died while being taken to Munshiganj General Hospital.
The district's Superintendent of Police Abdul Momen confirmed the fight that led to the arbitration and the following fatal clash had taken place between two gangs over past enmity.
He said eight to 10 people were detained for questioning over the incident and legal procedures were underway.
Locals and police said several groups of teenagers clash from time to time over establishing supremacy in the North Islampur area.
Wednesday night's arbitration and clash had followed a fight that took place in the afternoon between two such groups.
Deceased Sakib's sister Sathi Akhter claimed that her brother was stabbed when he was apologising during the arbitration.
Mintu's brother Afsar Uddin said his brother was attending the arbitration only to mediate. "He was innocent. Still, they killed my brother. I want exemplary punishment of his killers."