Advantages of marriage over cohabitation

How wedding bells can improve well-being 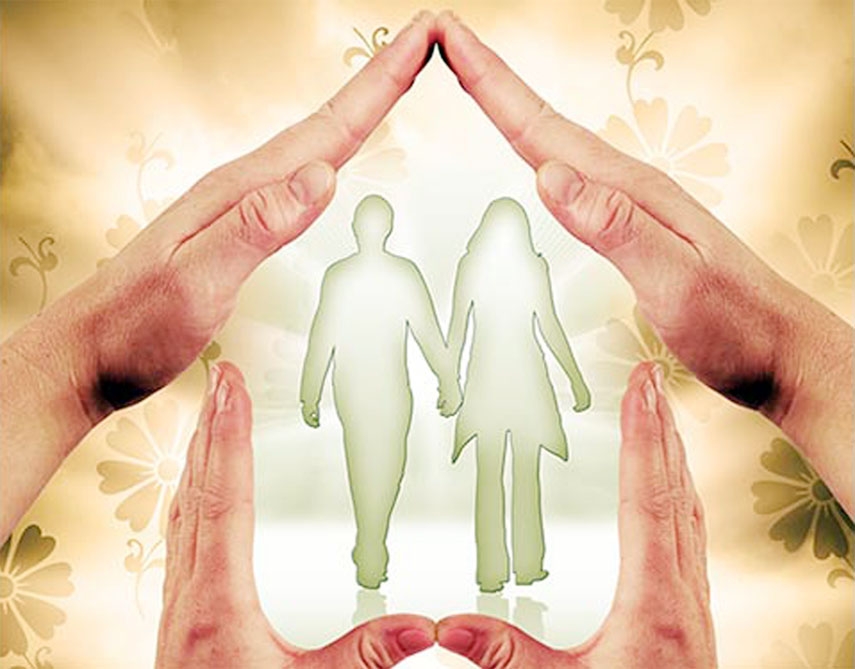 Wendy L. Patrick, JD, PhD :
We all know them-couples who have been together for years yet resist formalizing their union.Â  Why?Â  Accustomed to the question, these couples offer a variety of explanations: "We don't plan on having children," "We can't afford it," or, hopefully, tongue in cheek, "Why ruin a good thing?" Â
Eventually, however, many couples cut ties or tie the knot, because as I discuss in a previous column, there may never be a "right time" to get married.Â  But when couples chose to venture down the aisle together, research indicates that wedding bells improve well-being.
Morten Blekesaune, in a piece entitled "Is Cohabitation as Good as Marriage for People's Subjective Well-Being?" (2018) examined exactly that issue.[i]Â  He describes happiness as an emotional state associated with physiological reactions to life events, compared with satisfaction, which he describes as a cognitive evaluation that involves the additional element of making social comparisons with other reference groups, as well as individual hopes, expectations, and desires.
Blekesaune notes that a longitudinal analysis showed that entering into cohabitation was as beneficial for happiness as entering marriage, but that entering marriage was slightly more satisfying than merely living together- but only among people who had never been married. Â
This finding was true for both men and women, and for various age ranges.Â  Blekesaune notes that the benefits of cohabitation are similar to marriage with respect to happiness, but not with respect to how individuals who have never been married experience overall life satisfaction.
Clearly, it is more complicated both logistically and emotionally to walk out of a marriage than a dating relationship.Â  Sharing an address only makes a breakup more burdensome as a practical matter.Â  The comparative relational benefits are experienced in other ways as well.
Blekesaune recognizes two reasons relational benefits are not experienced equally by cohabiting versus married couples: partnership stability and prescribed social roles.Â  He describes the more "popular" explanation as the recognition that marriage represents a stronger legal and deeper interpersonal commitment, which renders it more resistant to dissolution than cohabitation.Â  He also notes that marriages are more stable than cohabitation arrangements, in part because divorce is more legally regulated than merely ending a cohabitation arrangement.Â  He further notes that relationship instability could itself create stress within cohabitation relationships and that perceiving a greater risk of dissolution can explain more depressive symptoms among individuals who are living together as compared with married couples.
Regarding relational investment, Blekesaune notes that couples who are merely cohabiting might be less willing to invest in their relationship and associated social networks as compared to couples with the relational stability that comes with marriage. Â
Such investment includes taking part in similar social networks and activities, along with sharing responsibility for children and property. Blekesaune notes that such investments are bonding experiences for partners and can generate a higher degree of social support as well as a stronger division of labor in maintaining the household, leading to increased productivity. Â
Blekesaune also notes that cohabitation could lack role performance expectations and methods of handling the types of partnership issues that are associated with marriage. For example, he notes that married couples usually have more clarity in dividing household tasks than couples living together, indicating that cohabitors have less prescribed social roles. Blekesaune notes, however, that the link between relationship type and prescribed social roles could vary between countries and cohorts, as well as over different periods in history.
Unlike a couple's decision to move in together, marriage is often viewed as a new and exciting chapter in life.Â  A wedding is planned, a venue is selected, an invitation list is compiled.Â  Blekesaune notes that marriage can be viewed as a more important life event than merely deciding to cohabit, and that life events tend to have stronger and more consistent effects on cognitive well-being such as life satisfaction than emotional components of well-being such as happiness.
Marriage is both a covenant and a commitment.Â  Considering the potential benefits and advantages, it is a decision that should be made carefully, prayerfully, and sensibly.