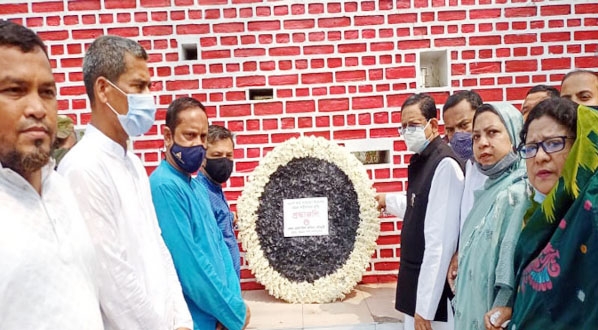 Chattogram Bureau :
On March 25, 1971, the Bengali nation and the world witnessed the most horrific and brutal barbarism in history. In the mid night, Pakistani soldiers in the name of 'Operation Searchlight', the blueprint for genocide, indiscriminately killed freedom-loving Bengalis.
The Bengalis jumped into the war to respond to Bangabandhu and after a long 9 months of armed struggle achieved complete victory in December 1971. We have to realise the dream of achieving golden Bengal Bengalis working together.
The chief guest, MayorÂ  Rezaul Karim Chowdhury said this on Thursday (March 25) in the conference room of the CCC office of Tiger Pass.
CCC Acting Secretary Mohammad Nazrul Islam took part on the occasion. Panel Mayors, councillorsÂ  and allÂ  senior officials were present in the discussions among otshers. Earlier in the morning, the mayor and councillors laid a wreath at theÂ  martyredÂ  memorial on Zakir Hossain Road on behalf of CCC Besides, Milad mahfil was organised in CCC conference room.