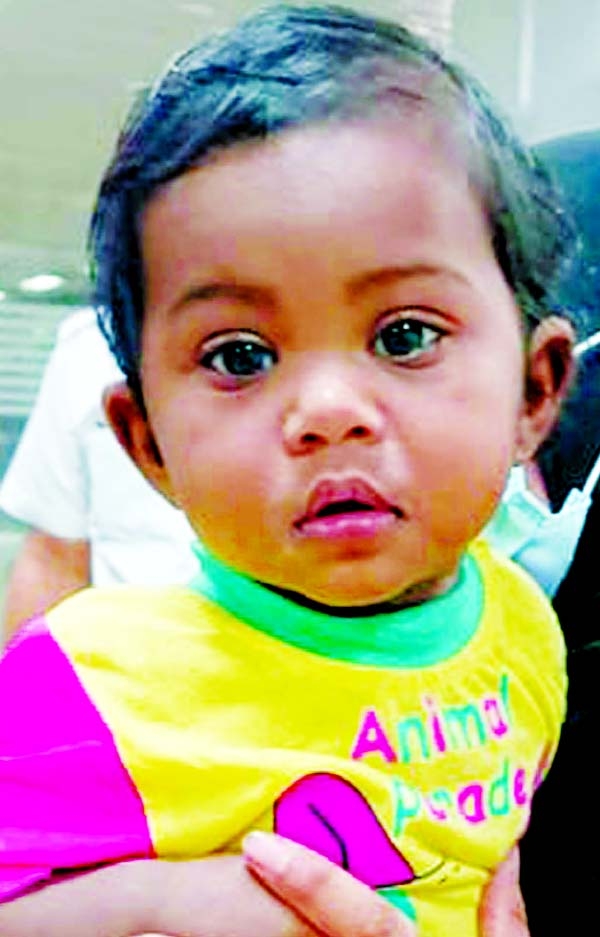 bdnews24.com :
A woman, who returned from Saudi Arabia on Friday, abandoned her eight-month-old baby girl at Shahjalal International Airport in Dhaka.
The members of the Armed Police Battalion found the child crying inside a trolley at the airport around 8 am Friday, Alamgir Hossain, Additional Superintendent of APBn, told bdnews24.com.
CCTV camera footage shows that the Saudi returned, who landed at the airport at night, left the airport after abandoning the child. "She landed at the airport at 2 am Friday. After completing her immigration formalities, she was waiting along with the child near the baggage conveyor belt No. 5."
"The woman married a man after going to the Gulf state and gave birth to the child. But they got separation after a few days," Alamgir said citing one of her co-passengers, named 'Asma'.
"The woman cried several times in the aircraft worrying about where to go with her daughter."
A female APBn member is providing the child with food from the security agency's canteen and taking care of her, Alamgir said. Law-enforcement officials are trying to identify the woman from CCTV footage.