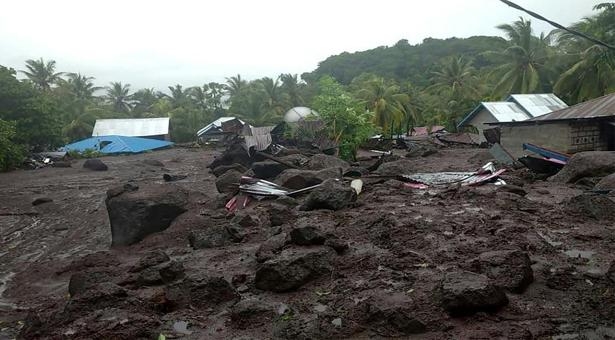 âThere are 55 dead, but this number is very dynamic and will definitely change, while some 42 people are still missing,â Indonesia disaster
management agency spokesman Raditya Djati told broadcaster MetroTV.

At least 16 people had also died in East Timor, said an official in the tiny half-island nation that lies between Indonesia and Australia.

Fatal landslides and flash floods are common across the Southeast Asian archipelago during the rainy season.