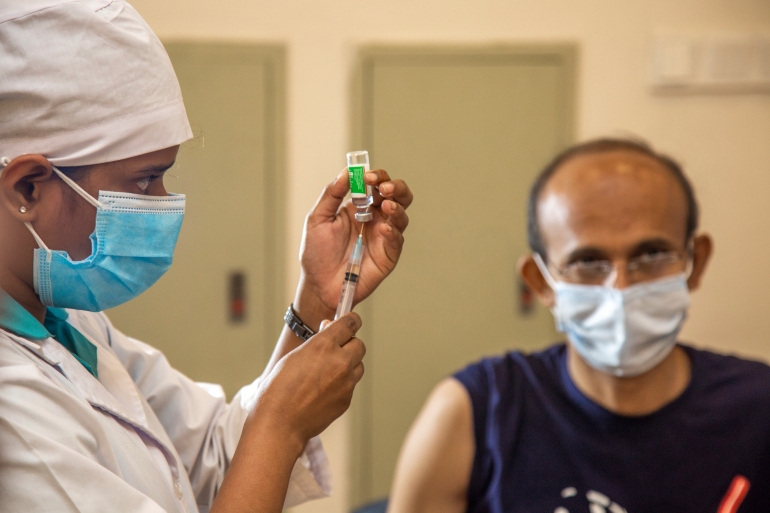 Online Desk :
Bangladesh reported 7075 new COVID-19 cases, the highest infection detections for the second time, in the last 24 hours, pushing the overall caseload to 644,839.
Besides, 52 more deaths were also reported during the period, raising the death toll from the pandemic to 9,318, said the Directorate General of Health Services (DGHS) in a press release on Monday (April 5, 2021).
Earlier on Sunday, 7087 COVID-19 patients were diagnosed while 53 deaths related to the disease were reported.
A total of 30,239 samples were tested at 227 authorized laboratories across the country during the time, the press release added.
The DGHS statistics showed of the people infected from the beginning, 86.68 percent recovered, while 1.45 percent died.
The number of daily infections had started to decline in mid-December, reaching a low of 305 on February 6, but in mid-March, the number of new infections began to rise for some days.
Following the surge in COVID-19 cases, the government has imposed a seven-day lockdown from Monday. Earlier, the country banned air travelers from the European Union and 12 other countries, including Bahrain, Brazil, Jordan, Kuwait, Lebanon, Qatar, South Africa and Turkey.
Besides, the Election Commission (EC) postponed elections for some union councils and municipalities which were scheduled on April 11.
The first coronavirus death was reported in the country on March 18, ten days after the detection of the first COVID-19 cases.