Mamo is coming as fairy in title role 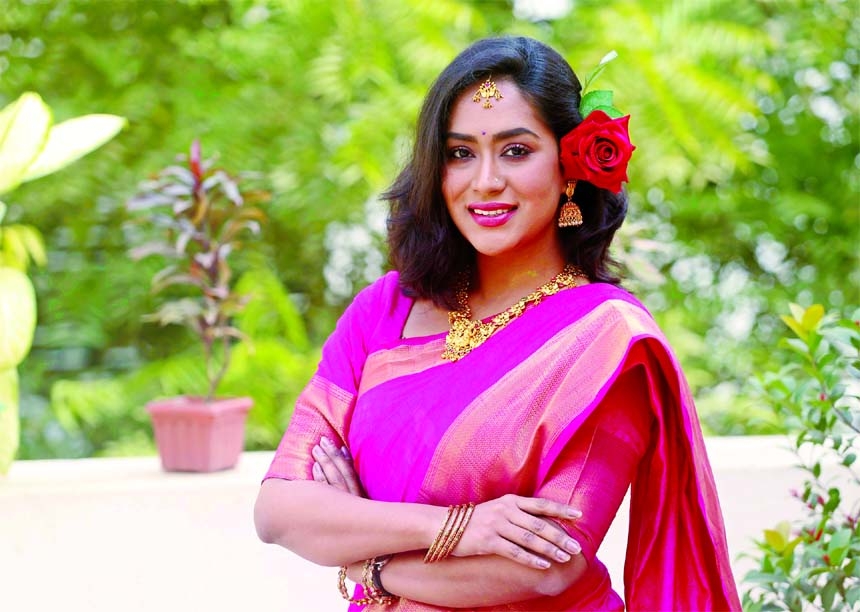 Sheikh Arif Bulbon :
National Film Award winning actress Zakia Bari Mamo was seen in various title roles in different dramas and telefilms. This time viewers will watch her on the screen as fairy in the drama titled Pori. Junaid Rashid wrote story of the drama while Morshed Himadri Himu gave
direction of it. Producer of the drama Zillur Rahman Jewel informed that shooting of the drama was held in different locations in the capital on last week. Basically story of the drama revolves with Pori (fairy). This drama will be telecasted on NTV in coming Eid-ul-Fitr, Jewel also said.Â Â  Â
While talking about acting in the drama actress Mamo said, âI have acted in the title role of this drama. As the story of the drama revolves with me so, I have to give a lot of efforts to portray my role properly while acting in the drama. During scorching heat we took part in shooting in Dhakaâs old part. Everybody took part
cordially in the shooting. I believe it has become a nice work. After editing we can understand about the work. But story, my role and overall everybodyâs performance made the work successful. Now viewers will give their judgment about the drama.â
Besides Mamo, Mahmudul Islam Mithu, Imtiaz Borshon, Monirul Islam, among others, also acted in other roles in the drama.
On March 26, Mamo-starrer and Tauquir Ahmed directed movie Sphulingo was released. Mamoâs acting was appreciated by the viewers. Mamo also informed that she has already finished shooting of Ashfaque Nipunâs web series Mohanogor. Mosharraf Karim was her co-actor
in this web series.
Due to lockdown, Mamo has stopped to work now. She is concerned about own and her familyâs security right now. She requested all to wear masks and to maintain social distance. Few days ago, Mamo-starrer web series Contract was released.
Her acting in role of Meena
attracted the viewersâ attention.