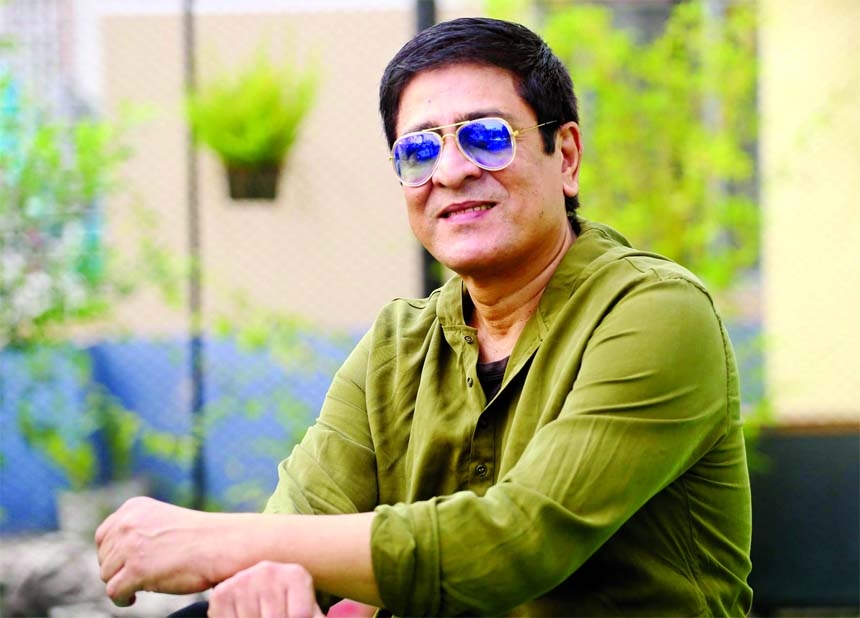 Entertainment Report :
When he takes part in homely gossip popular film actor Amit Hasan often renders song. But he never engaged himself with music professionally. To keep in mind a drama, for the first time he wrote lyrics of a song and also composed its tune. He wanted his composed song would be rendered by a professional singer. Once he was introduced with Mostafa at her friend popular film actress Shahnoor's residence. He requested Mostafa to arrange music of the song. After arrangement Mostafa lent his voice for the song. Amit Hasan liked the song in voice of Mostafa. So, he wants Mostafa will render the song. Amit Hasan informed recording of the song will be done soon.Â  While talking about composing a song for the first time Amit Hasan said, âI never thought I would compose a song. But situation made it. It happened only for Allah's blessing. I had to render song for several times in film related programmes. I believe listeners will enjoy the song.â
During lockdown Amit Hasan has been staying at his residence in the capitalâs Eskaton area now. Delwar Jahan Jhontuâs Tumi Achho Tumi Nai was his acted last released film. In coming Eid-ul-Fitr, Amit-starrer two movies - Bidrohi and Bokkhobh are scheduled to be released, Amit Hasan also said.Â