Concern over security LMG posts set up in Sylhet Thanas 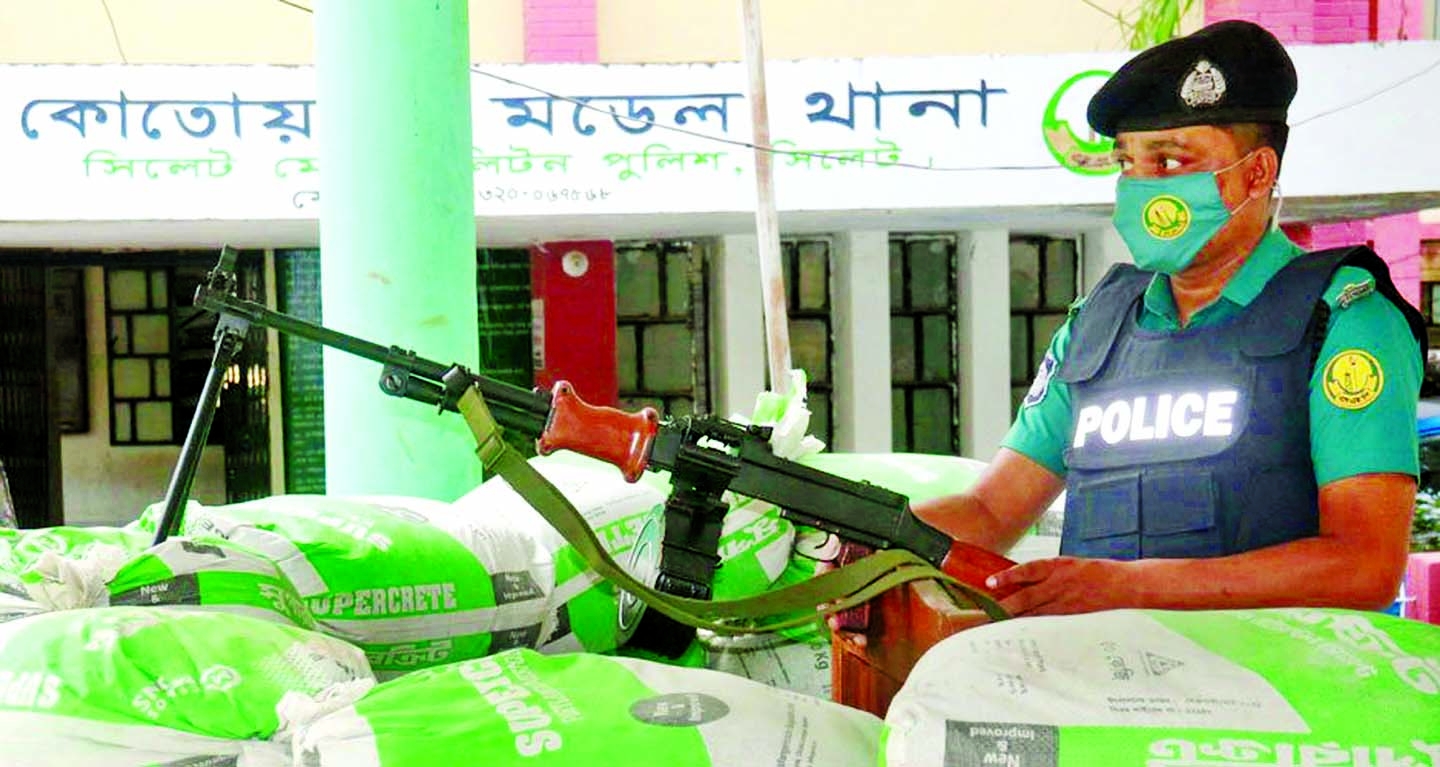 A policeman stands guard with an LMG at Kotwali Model Police Station in Sylhet city on Thursday in the wake of vandalism and arson attacks by Hefazat-e Islam in parts of Bangladesh.

The police have set up light machine gun or LMG posts at six of their stations in Sylhet city to strengthen security in the wake of vandalism and arson attacks by Hifazat-e Islam in parts of Bangladesh.
The personnel went about their work on Thursday morning at the posts fortified with sacks of sand and soil, said BM Ashraf Ullah Taher, an additional deputy commissioner of Sylhet Metropolitan Police.
He said followers of the extremist groups destroyed public and private properties in attacks targeting government and private establishments in parts of the country for a few days.
In this situation, he added, SMP took special security measures at six police stations, camps and key establishments. Â
Activists of the Islamist group Hifazat and some other groups carried out violence in several places of Chattogram and Brahmanbaria in protest against Indian Prime Minister Narendra Modi's Mar 26-27 visit to join the celebrations of Bangabandhu's birth centenary and the golden jubilee of Bangladesh's independence.
Taher said additional police personnel have been deployed just in case.
Security at all 11 police stations in Sylhet district has been beefed up, said Farid Uddin, superintendent of police.
Considering risks, 30 to 50 more police personnel were deployed at each police station to fend off any unwanted situations, said Deputy Commissioner of Sylhet Metropolitan Police (SMP) Ajbahar Ali.
Besides, LMG (light machine gun) posts have been built with sand and soil at six police stations, all outposts and important establishments of SMP, he said.