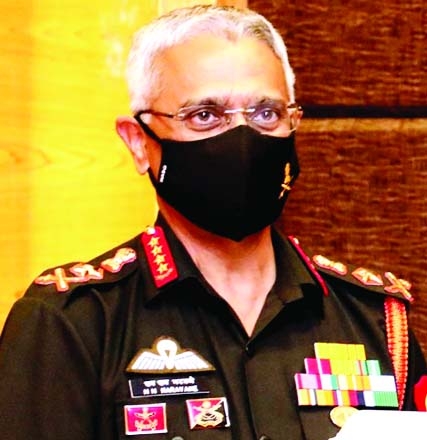 Staff Reporter :
Chief of Army Staff of Indian Army Gen Manoj Mukund Naravane arrived in Dhaka on Thursday on a five-day visit, on invitation from Gen Aziz Ahmed, Chief of Army Staff, Bangladesh Army.
He is accompanied by his spouse Veena Naravane and a two-member delegation, reports.
The Indian Army Chief is scheduled to pay
courtesy calls to the Army, Navy and acting Air Force chiefs of Bangladesh and meet other senior officers of the Bangladesh Army, according to a press release issued by the High Commission of India in Dhaka. He will also be visiting various military stations.