Police asked to return home if not urgent 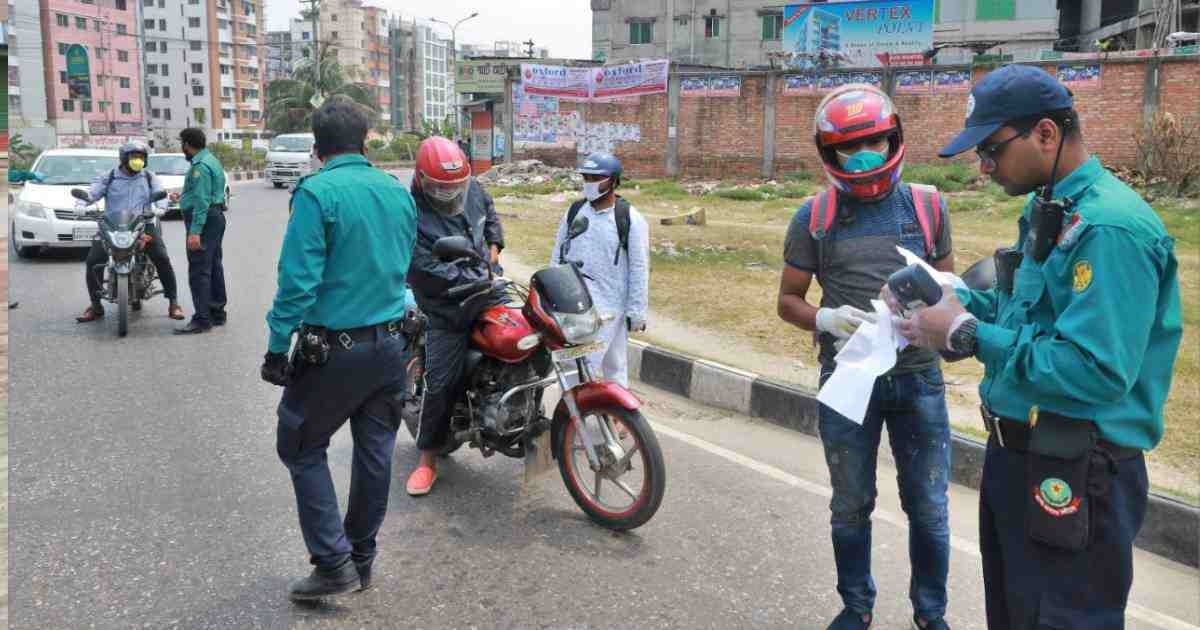 Online Desk :
Police patrols have been intensified at all corners in the capital on the first day of the week-long lockdown announced by the government to curb the COVID outbreak. Besides, barricades have been set up on almost every road.
Passengers of every vehicle including rickshaws were asked the reason of going out â if itâs reasonable, the vehicle is being released. However, if the reason is not urgent, the vehicle is being turned and sent back home.

While seeing the capitalâs Uttara, Airport, Kawla, and Khilkhet areas, there are police barricades at House Building and Azampur Bus Stand. There is also a police barricade near Kawla. 4-5 cops were standing in front of the police barricades. One is stopping the vehicle and others are asking the reason for leaving the house. Â
Shops in these areas are closed. Road traffic and the number of general people is also low. However, a small number of people are traveling in microbuses, rickshaws and motorcycles.
Meanwhile, apart from the barricades, many policemen were seen scattering in the airport area of the capital. Dozens of motorcycles have been parked at the Khilkhet police check-post.
Assistant Inspector General of Police (AIG-Media) Sohail Rana said the police were working in light of all the instructions given by the government. âWe also have a well-written and international standard SOP (Standing Operating Procedure) for COVID-period duties.â
There is a clear mention of the duties and responsibilities of the police. Following that SOP, the police are carrying out their duties as per the government instructions, he added.
This yearâs lockdown bans people from leaving the house in any way except for urgent needs (purchasing medicines and daily necessities, medical services, burial or funeral and going for vaccination with vaccination card).
Meanwhile, at a press conference on Tuesday, the Inspector General of Police (IGP) Dr. Benazir Ahmed instructed not to leave the house. He asked those who are in dire need to come out with âMovement Passâ.