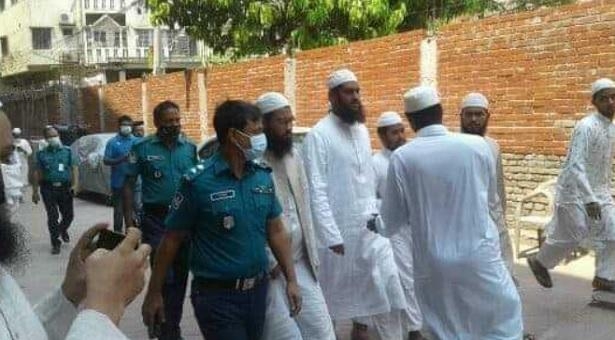 Joint secretary general of Hefazat-e-Islam Mamunul Haq was arrested from a madrasha in Dhakaâs Mohammadpur Â area on Sunday.

A joint team comprising of police, Detective Branch members and other forces conducted a drive at Jamia Rahmania Madrasha at noon and arrested him, said Additional Deputy Commissioner of Police(media) Iftekharul Islam.

Â Mamunul Haque, who has been the loudest voice in the organisation in a number of recent controversies, was detained with a woman he claims as his second wife from a resort in Sonargaon on April 3.

Mahanagar Hefazatâs secretary said Mamunul went to the resort with his second wife where the locals confined and harassed him, before calling in the police.
Earlier on Saturday, detectives arrested two Dhaka city unit leaders of Hefazat-e-Islam from the cityâs Baridhara and Mohammadpur areas.