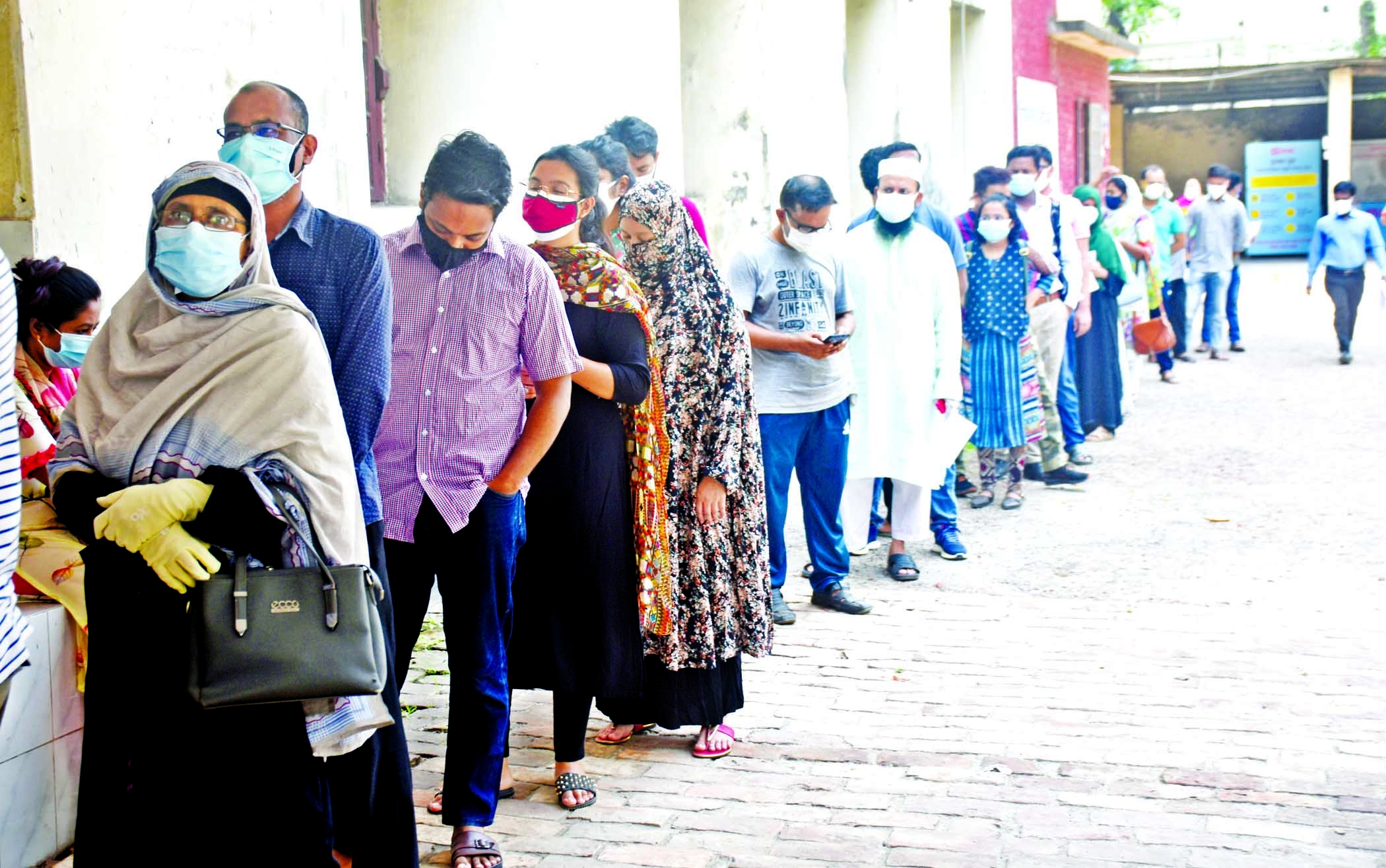 Suspected Covid-19 patients wait in a long queue at the fever clinic of the Bangabandhu Sheikh Mujib Medical University (BSMMU) on Sunday for coronavirus test amid a spike in infections in the country.

Staff Reporter :
The country on Sunday witnessed 102 single-day deaths which is the highest ever since the outbreak of the deadly virus.
With the latest fatality it has recorded over 100 Covid-19 single-day deaths for the third consecutive day.
Besides, only 3,698 cases have been found from the 19,404 tests conducted in the last 24 hours, as per the data of th Directorate of Health Services (DGHS) published as a press release on Sunday.
Now the death toll in the country stands at 10,385, and the total number of infections reached to 718,950.
The seven-day moving average of single-day Covid-19 deaths, with the Sunday's tally, shot up to 92.2.
The data showed that among the deceased, 59 were male and 43 were female. Sixty-three of them were aged above 60, 23 were between the age range 51-60, 14 were between 41-50, and two people were aged between 31-40.
Sixty-eight of the deceased were from Dhaka, 22 in Chattogram, four each in Mymensingh and Barisal, three in Rajshahi, and one in Khulna.
The day's infection rate stands at 19 pc while the overall rate is 13.9 pc in the country. The mortality rate remains at 1.44 pc while the recovery rate slightly tumbled to 85.5pc, according to the data.
Another 6,121 people recovered from the disease over the last 24 hours, taking the total recoveries to 614,936.
Till Sunday afternoon, a total of 5.6 million people had received the first dose and 1.1 million received the second dose of the Covid-19 vaccine in the country.
On March 8 last year, health authorities of the country registered the first three cases of Covid-19.