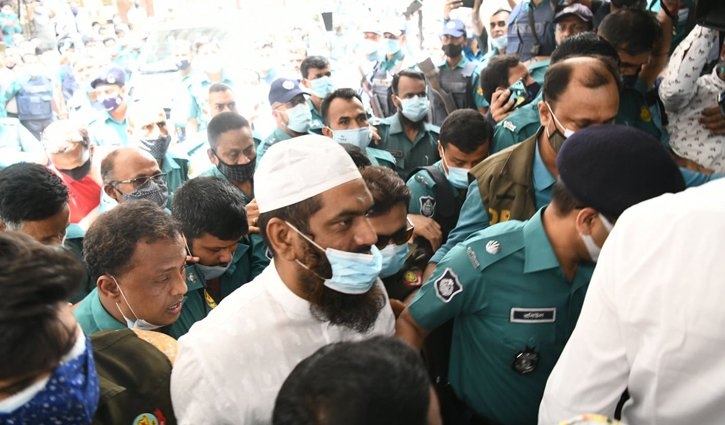 A Dhaka court on Monday placed Mamunul Haque, the controversial Joint Secretary General of Hefezat-e-Islam, on a 7-day remand in a vandalism case filed with Mohammadpur police station in 2020.
Dhaka Metropolitan Magistrate Devdas Chandra Adhikari passed the order after sub-inspector Sajedul Islam, also the investigating officer of the case, sought a 7-day remand for him.
Mamunul was produced before the court amid tight security around the court premise.
He was arrested from Jamia Rahmania Arabia Madrasah on Sunday afternoon by a joint team of Tejgaon Division police and DMP's Detective Branch.
Mamunul, who has been in the limelight due to some recent controversies, was held with a woman he claims to be his second wife from a resort in Sonargaon on April 3.
Later, Hefazat leaders claimed that Mamunul went to the resort with his âsecond wifeâ where locals confined and harassed him before calling in the police.