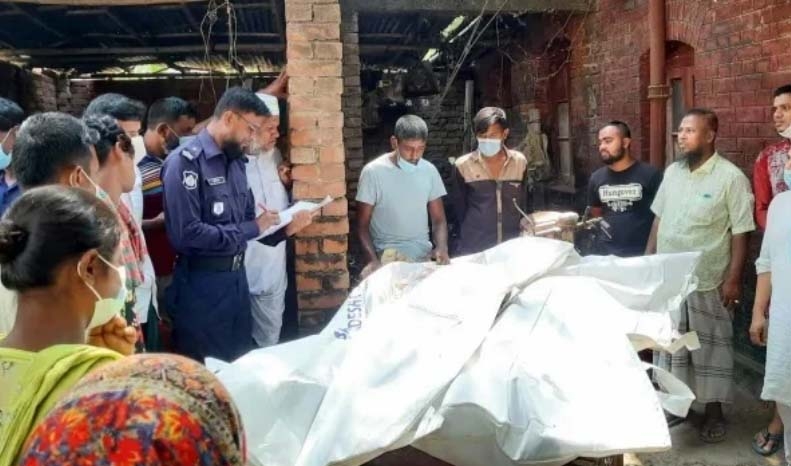 Our Correspondent :
Two teachers of a madrasa were killed and one other was injured when a truck hit a motorcycle carrying them at Singra in Natore on Saturday morning.
The accident took place at around 8:00 am on the Natore-Bogura highway in the Ferryghat Bridge area.
The deceased were identified as Khalilur Rahman, a founding teacher of Tebaria Halimatus Sadia Madrasa in Natore and Belal Hossain, a teacher of the same madrasa. The injured teacher is Abdul Hamid.
Singra Police Station SI Kishore Kumar Roy said three teachers of the madrasa were going to Bogura from Natore on a motorcycle. A truck hit the motorcycle from behind on the east side of the Singra Bridge adjacent to the old ferry ghat and fled. In the incident, Khalilur Rahman and Belal Hossain died on the spot while Abdul Hamid was injured.
On information, the police rushed to the spot and rescued the injured and admitted him to the Upazila Health Complex. Two bodies were recovered and brought to the police station.