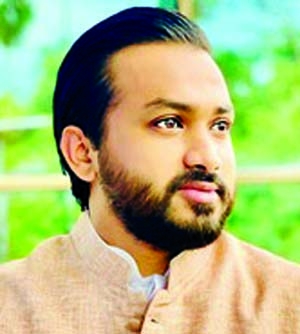 News Desk :
A petition has been submitted to a Dhaka court to file a case against Sharun Chowdhury, son of Awami League lawmaker and parliament whip Shamsul Haque Chowdhury, over the death of college student Mosarat Jahan Munia.
Munia's brother Ashiqur Rahman submitted the petition on Sunday with the court of Dhaka Metropolitan Magistrate Morshed Al Mamun Bhuiyan.
Recording statement of the plaintiff, the court said a case has already been filed with Gulshan Police station on charge of abetting suicide. "That case is under investigation. The prayer of filling of the murder case will remain stayed until the investigation of the previous case is over," said the court.
The 21-year-old Munia, a second-year student and HSC exam candidate at Mirpur Cantonment Public School and College, was found hanging at a flat in city's Gulshan on April 26.
In the same night, Munia's elder sister Nusrat Jahan Tania filed a case with Gulshan Police Station against Sayem Sobhan Anvir, managing director of Basundhara Group bringing the same allegation against him.
On April 27, a source sought some information to Sharun following some screenshot of online conversations between Sharun and Munia went viral on social media.