26 killed as speedboat collides with bulkhead on Padma 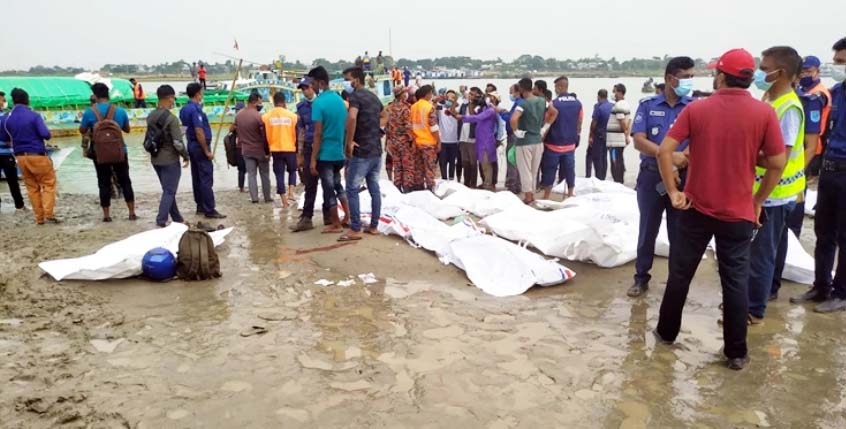 26 passengers were killed when a speedboat collided with a sand-laden bulkhead stalled on the Padma River at Shibchar in Madaripur. Five people have been rescued alive in the incident.

The accident took place on the Banglabazar- Shimulia route on Monday morning. However, the identities of the deceased were not immediately known.Â

Shyamal Biswas, in-charge of Shibchar Fire Service and Civil Defense, said a speedboat carrying passengers from Shimulia Ghat was heading towards Banglabazar. The speedboat hit the back of a bulkhead (sand-laden cargo) and overturned when it reached the c (old ferry terminal).Â

âSo far 26 bodies have been recovered and five rescued alive in the incident,â OC Miraz Hossain also said, adding that the bodies have been kept in Old Kathalbari ghat. The injured were rushed to a local hospital.

However, it was not known how many passengers were in the boat. The rescue operation of fire service and naval police underway.