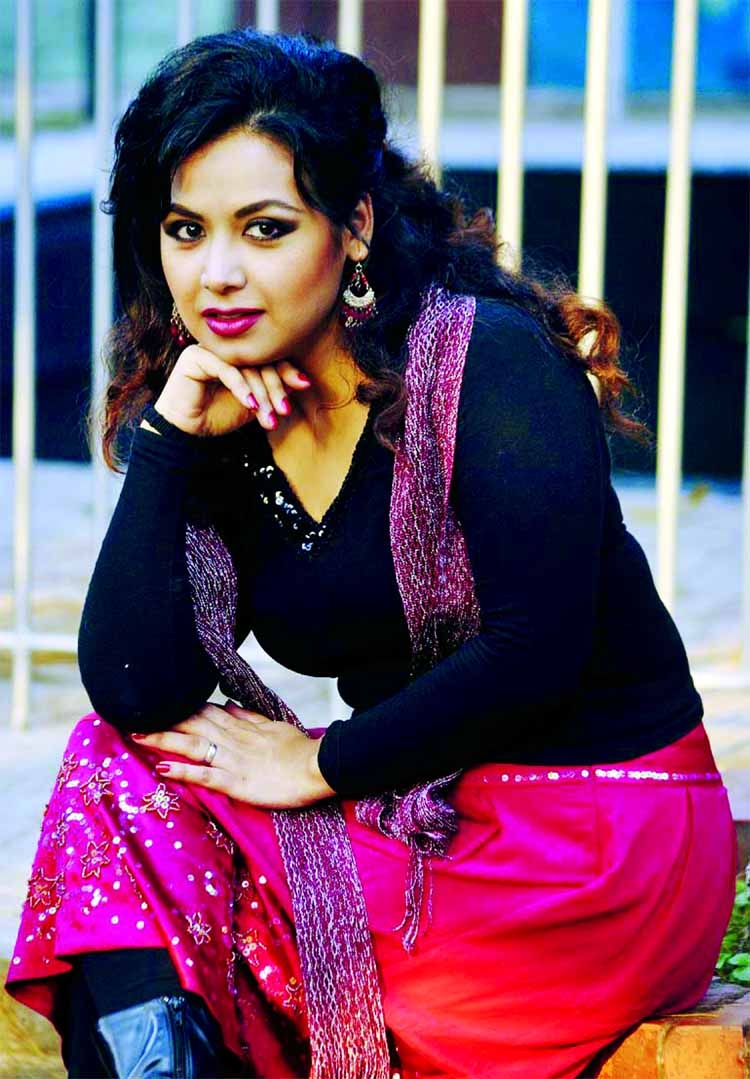 Sheikh Arif Bulbon :
Film actress Tamanna came into
limelight to act in her debut movie Bhondo, directed by Shahidul Islam Khokon. That Tamanna has been residing in Sweden for many years. She has stablished herself there. In 2013, she last came to Bangladesh. On September 17, 2020 she lost her mother Tahmina Huda. After losing her mother, Tamanna has become lonely. This month she stepped into 24 years of her acting career in movie. Her acted movie Bhondo was released in May 1998. She acted against then superstar Rubel in the movie. Despite confirming to work under same directorâs direction in four movies at a time day after releasing Bhondo but later she did not get the scope to work in those films. In 1995, when Tamanna was a student of Class-VIII, she got

the scope to perform as model in a TV commercial of Starship under Afzal Hossainâs direction. After telecasting the TVC, in 1997, she had to return in Bangladesh from Sweden to work in Azizur Rahmanâs movie Ghore Ghore Juddho. But Tamanna did not work in that film rather than she took part in shooting of Saiful Azam Kashemâs movie Tyajjoputro. In December 1997, she started shooting of Bhondo when dance director Imdadul Haque Khokon made her scope to act in the movie, which was released later in May 1998. Then Tamanna was seen to act in movies Hridoye Lekha Nam, Tumi Aamar Bhalobasa, Shotru Tumi Bondhu Tumi, Kothin Shasti, Sontarsi Bondhu, Aamar Protigga, etc. In 2013, she last acted in Moin Biswasâ movie Pagol Tor Jonnore.
While talking about her personal and film life Tamanna told this correspondent over phone from Sweden, âWhen Bhondo was hit I did not step forward with my career properly. I did some mistakes during that time. The film industry stepped forward by own way which I realised later. It is my achievement that viewers still love me and they enjoy to watch my acted movies. I am grateful to my mother, Khokon Bhai and journalist Dulal Khan Bhai. Now my life is beautiful.
I can breathe well now. When I get own liking person I will start my new life. In fact, I have no intention to
wait for someone.âÂ Â Â Â