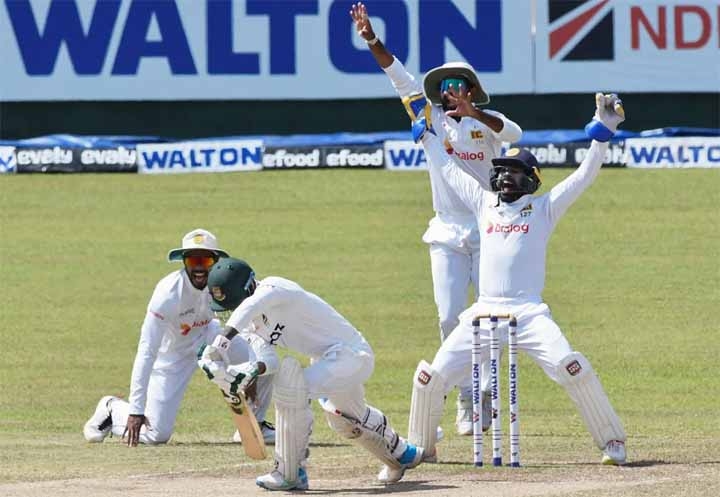 Liton Das of Bangladesh, in action during the fifth and final day play of the second Test between Bangladesh and Sri Lanka at Pallekele International Cricket Stadium in Kandy, Sri Lanka on Friday.