Chattogram woman in lock-up for 18 months for no crime! 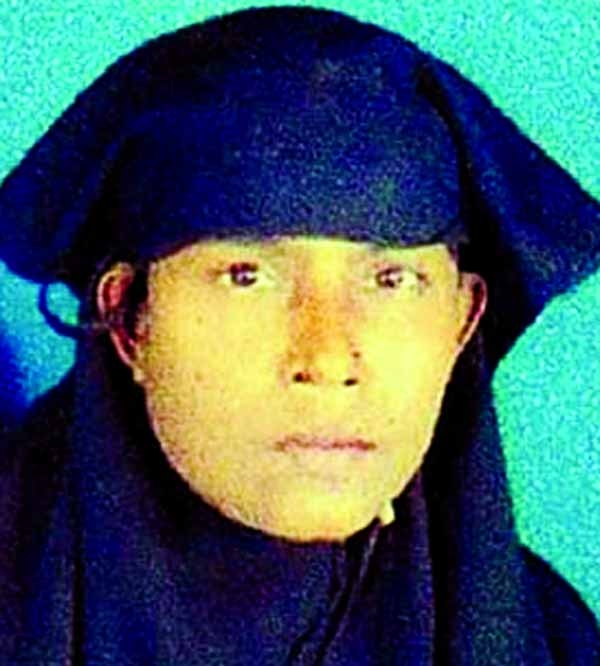 UNB, Chattogram :
How many people are there in Bangladesh with the same name? Maybe uncountable! But Hasina Begum is now in deep trouble for not having a unique name.
Hasina Begum has been languishing in the prison here for the last one and a half years just because her first name is similar to an accused.
Hasina Begum, wife of Hamid Hossain of Teknaf upazila in Cox's Bazar district, has been serving the jail term instead of the real convict in a narcotic case as law enforcers arrested her wrongly for the similarity of her name to the convict's.
The incident came in the limelight on Sunday as defence lawyer Golam Mawla Murad drew the attention of the Judge of Chattogram Additional Metropolitan and Session Court -4, Shariful Alam Bhuiya, following a police investigation. Â Â Â
However, the court asked the jail authorities to submit a report by May 4 about the similarity and dissimilarity in the names of the convict and the innocent woman.
Advocate Murad said, "No case was filed against Hasina Begum, now in jail. But for the last one and a half years she has been languishing in jail. Her only offence is the similarity of her name to that of the real accused. Their parents' names are also different." Murad also filed a petition seeking the immediate release of innocent Hasina Begum and the court took cognisance of the plea and asked the jail super to submit a report in this regard by May 4.
Hasina Begum, now in the lock-up, is the wife of Hamid Hossain of Teknaf upazila in Cox's Bazar district while the real convict, Hasina Akther, is the wife of Hamid Hossain of Ismail Hazi Bari of the same upazila.
According to the court, police recovered 2,000 Yaba pills from Moijjartek in Karnaphuli on February 24, 2017. A case was filed in this connection.
Later, police arrested Hasina Akhter on February 25, 2017 in this connection. On November 27, Hasina Akhter secured bail from the court and went into hiding. On July 1, 2019, Judge of Chattogram Metropolitan Court-5 Jannatul Ferdous sentenced six years' jail to Hasina Akhter and fined Tk 5,000.
On December 26, 2019, police wrongly arrested Hasina Begum from Chowdhurypara Hossain Boro Bari in Teknaf in the case and she has been in jail since then.
Mohammad Khorshed Alam, inspector (operation) of Teknaf Model Police Station, said they primarily suspected that Hasina, now in jail, is not the real convict but could not investigate properly as the victim's husband is on the run.
Chattogram Central Jail authorities said real convict Hasina Akhter served jail for nine months. Besides, the images of the convict and the victim are different.