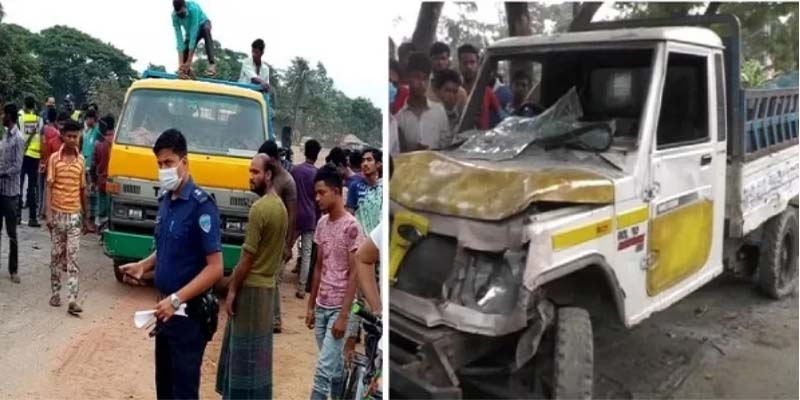 Online Desk :
Three people have been killed in two separate road accidents at Begumganj and Senbag in Noakhali.
The accidents took place at the Begumganj and on the Noakhali-Feni Regional Highway in Senbag on Saturday morning.
In Begumganj, a pickup coming from the opposite direction hit a sand-laden van at Ukil road near Eklashpur Bazar of the upazila. Four people were seriously injured in the incident. One died on the way to Noakhali General Hospital and the other to Dhaka. The other two are being treated at a local private hospital.
The deceased are identified as Abdul Al Mamun and Md. Nur Nabi.
On the other hand, a motorcyclist named Abu Sayeed Shahin was killed in an accident on the Noakhali-Feni Regional Highway in front of Gopal Pukur in Mohammadpur UP of Senbag Upazila in the morning.
The deceased Shahin, son of Abdur Rab of Atar Ali Haji Bari in Atradhon area of Senbag municipality and a businessman of Sebarhat Bazar in the upazila.
According to locals, Shahinâs motorcycle collided head-on with a reckless speeding brick-laden truck from Feni to Noakhali. The motorcyclist died on the spot.
Begumganj Model Police Station OC Kamruzzaman Sikder and Senbagh Police Station OC Abdul Baten confirmed the deaths in the accident.