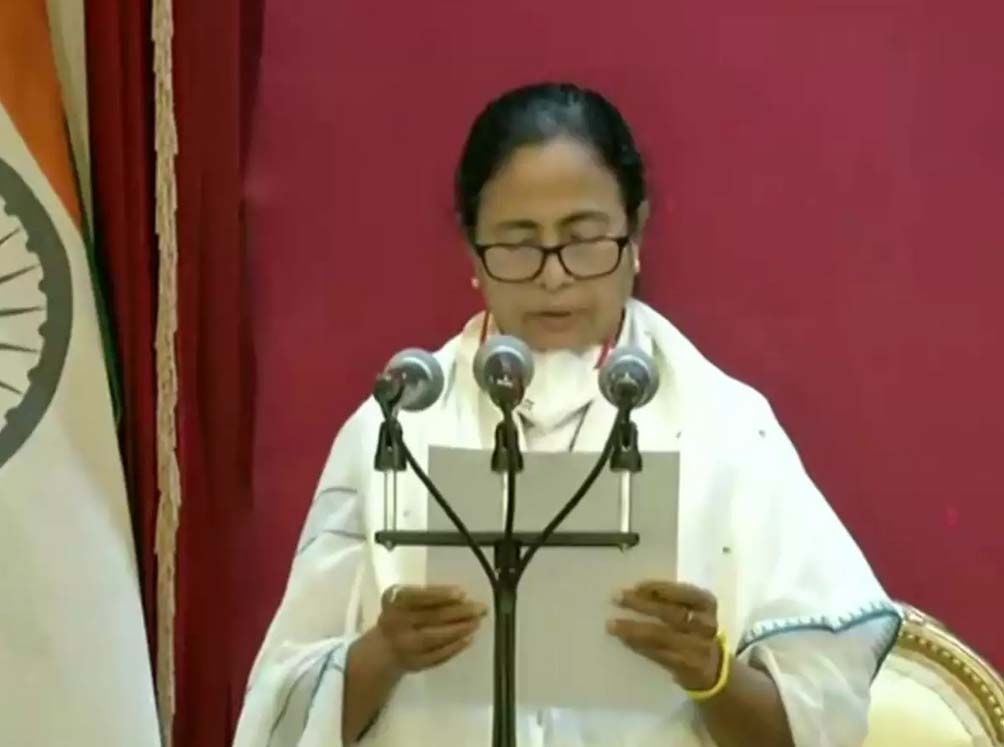 Mamata Banerjee, affectionately called Didi, on Wednesday took her oath as the chief minister of the eastern Indian state of West Bengal for the third time.

The 66-year-old firebrand politician was administered the oath of office by West Bengal,Governor Jagdeep Dhankhar at 11am (India time) at Taj Bhavan (governor's house) in state capital Kolkata.

"My first priority is tackling Covid. I will go to Nabanna (state secretariat) now and hold a meeting about the measures we are taking about this crisis," she said immediately after her oath taking ceremony.

Bucking anti-incumbency, Mamata scripted history on Sunday by single handedly pulling off an astounding victory in the assembly election. She not only staved off a massive challenge from India's ruling BJP but also decimated the Left Front.

Though her party swept back to power with a resounding majority of 213 seats in the 292-member assembly, Mamata lost her own seat in Nandigram to her former protege-turned-rival Suvendu Adhikari by a thin margin of around 2,000 votes.

Mamata, however, made it clear in that presser only that she would challenge the result in a court of law. "How come the Election Commission reverse the results in Nandigram after formally announcing it? We will move court."

In Nandigram, the Election Commission initially announced that Mamata had won by 1,200 votes but subsequently declared Adhikari as the winner. The polling officer also rejected a plea for a recount of votes.

The BJP though has made major gains in Bengal, winning some 77 seats. In 2016, the party had just three legislators in the state. However, the Left Front has failed to grab a single seat this time. The Left Front ruled Bengal for 34 years -- from 1977 to 2011.

In fact, West Bengal witnessed the most high-profile contest in India's recently held state elections. While Mamata harped on being Bengalâs daughter, the BJP asked people to vote for "change and socio-economic development" after 50 years of Communist and Trinamool Congress rule.