News DeskÂ  :
Foreign Minister Dr AK Abdul Momen on Thursday said the government has sought immediate delivery of 4 million vaccine doses from the United States (US).
The US will share up to 60 million doses of its Oxford-AstraZeneca Covid-19 vaccine with other countries as they become available.
"We've sought immediate release of four million doses of vaccine (in a letter sent to the US)," he told reporters, adding that he, however, sought a total of 10 to 20 million doses of vaccine from the US.
Dr Momen said the government wants to continue the vaccination programme collecting vaccines from alternative sources. Â
The Foreign Minister made the remarks after his meeting with US Ambassador to Bangladesh Earl Miller at his office, reports UNB.
He asked the US Ambassador whether they provided any vaccine to India. In reply, Ambassador Miller said they have provided no vaccine to India yet.
The Foreign Minister said the US government needs permission from the Food and Drug Administration to export vaccines, which is a time-consuming process. "But we need it immediately." Â
On Wednesday, Dr Momen said the Indian diaspora is strongly lobbying with theÂ  US government so that the US sends a whole lot of vaccine doses to India. "They're very powerful. One lady is taking the lead."Â Â Â  He also requested the Bangladeshi diaspora to approach the US government so that they feel the urgency with communication from all sides.
"Our work is to collect vaccines," the Foreign Minister said, adding that there is a much progress over discussion with China and Russia.
The US Mission in Dhaka is working sincerely to help Bangladesh provide vaccine doses, Dr Momen said.
"Give us vaccine [doses] as soon as possible. It's our priority," he told the US Ambassador.
Meanwhile, Health Minister Zahid Maleque on Thursday said they are now at the stage of signing a deal with Russia to procure Sputnik-V vaccine.
Speaking at a virtual discussion arranged by Bangladesh Private Medical College Association, he said they are also trying to procure the Oxford-AstraZeneca vaccine from other countries besides India.
"We've been using the AstraZeneca vaccine as we had placed an order for 3 crore doses of it. We've got only 70 lakh jabs in addition to 30 lakh that came as a giftâ¦but now we don't have that much vaccine in our stock and whatever is left will be given as the second dose," the minister said
He said the prime minister, health ministry, foreign ministry and other relevant ministries are making joint efforts to procure vaccines from other sources.
"We've already made a huge progress in discussions with Russia over procuring its vaccine â¦ now we're at the stage of signing a deal in this regard," Maleque said.
He said they are also in talks with China to have Sinopharm's Covid vaccine. "They informed us that five lakh of doses will arrive in Bangladesh by May 12. We've also sent a letter to them seeking more vaccine doses."
The minister said the Chinese government is now assessing the possibility of vaccine export to Bangladesh.
"So, we're making all-out efforts to collect the vaccine. Even, we're trying to have AstraZeneca's vaccine from other countries as it's being manufactured in different countries. So, every effort is there to bring vaccines. We hope our efforts will yield good results, and we may be able to give you good news over the vaccine very soon," he said.
The minister also said they will encourage the private sector if it tries to manufacture vaccines in Bangladesh. "If anyone can produce vaccines, we'll provide all-out support, and it's my commitment." 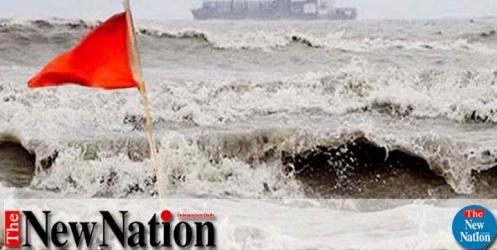