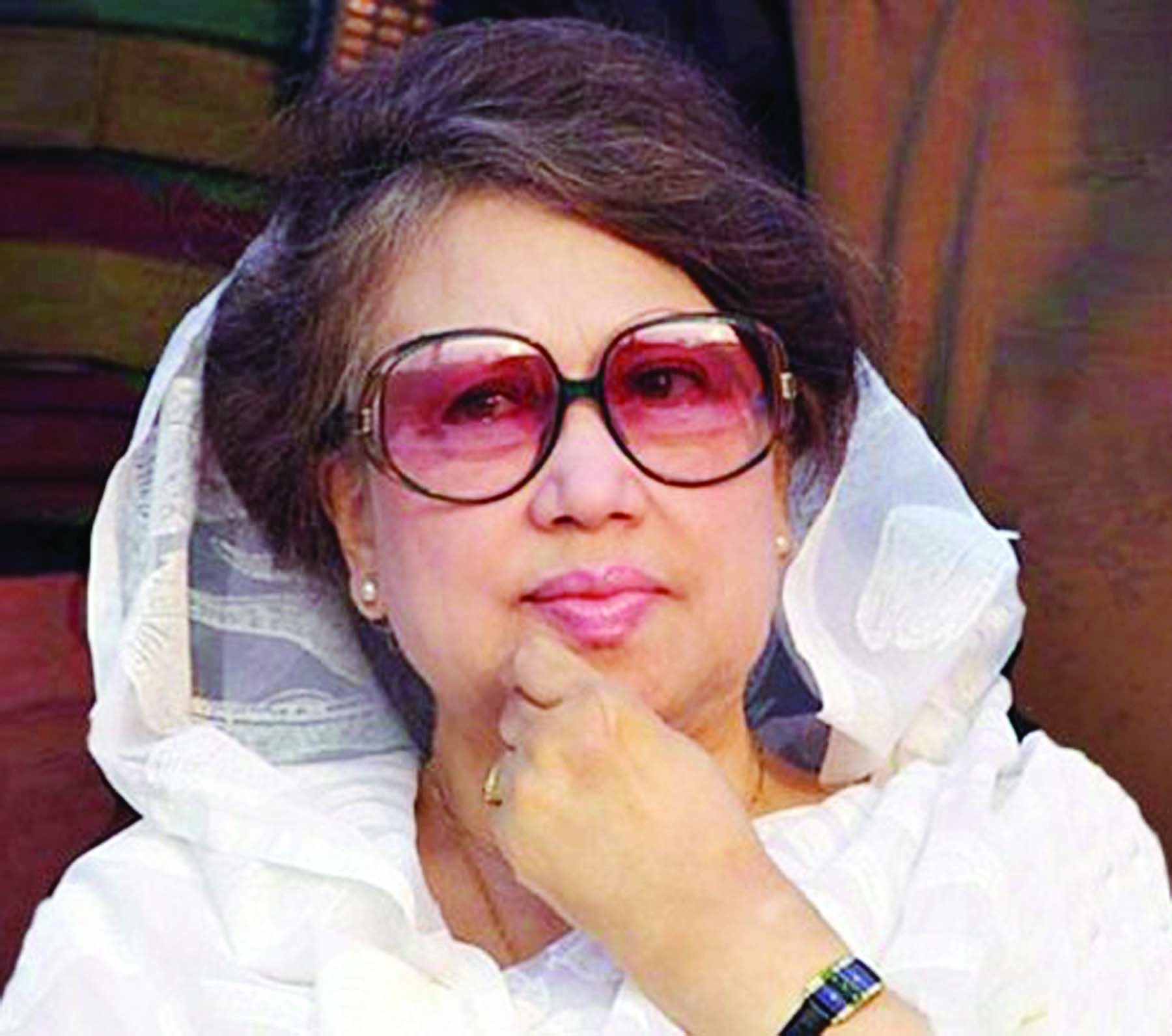 Law Minister Anisul Huq is reviewing an appeal by BNP Chairperson Khaleda Zia's family to let her fly abroad for better treatment.
After Law Secretary Golam Sarwar took the appeal documents to Huq's office in Gulshan following some formalities on Thursday afternoon, the minister said he would scrutinise the seriousness of the application and provide his opinion soon.
However, the law ministry was unlikely to send back the appeal on Thursday because there was "not enough time".
The family decided to file the appeal following doctors' advice after Khaleda, who has been hospitalised with COVID-19, complained of breathing distress. Convicted in two corruption cases, she is out on a suspended sentence granted by the government in line with Section 401 of the Penal Code.
The law minister said the ministry would see if there was a scope to apply the section again in this case.
"We'll scrutinise it and send our feedback to the home ministry soon," the law minister told reporters after receiving the documents.
The government needs to scrutinise if there is any scope to relax the conditions on Khaleda's suspended sentence issued under section 401 of the Penal Code, Huq earlier told the reporters.
"It was an executive order; now the court has no scope to work on it. We have to see if there's any scope to relax the conditions as we had issued the order under section 401," the minister said.
Secretary Sarwar said the home ministry will send a summary of the appeal to the Prime Minister's Office for final approval after getting Huq's opinion. Â
Khaleda's family did not mention any country where she would receive treatment, according to Sarwar.
After her brother Shamim Eskander met Home Minister Asaduzzaman Khan on Wednesday night, the minister said Prime Minister Sheikh Hasina always considers such issues with "generosity".
The law minister also said the government is reviewing Khaleda's appeal "with compassion" and he would brief the media when the review is complete.
Khaleda had been living in her Gulshan residence since the government granted her a suspended sentence in March 2020.
She had served 25 months out of 17 years of prison sentences in two corruption cases, involving the Zia Orphanage Trust and Zia Charitable Trust.
The government imposed two conditions on the suspended sentence: Khaleda will not be able to travel abroad and she must receive treatment at home.
The 76-year-old has been undergoing treatment at Evercare Hospital in the capital since Apr 27 after she tested positive for the coronavirus on Apr 11. She has underlying health conditions.
On Monday, Khaleda was transferred to the Coronary Care Unit after she had complained of breathing distress.