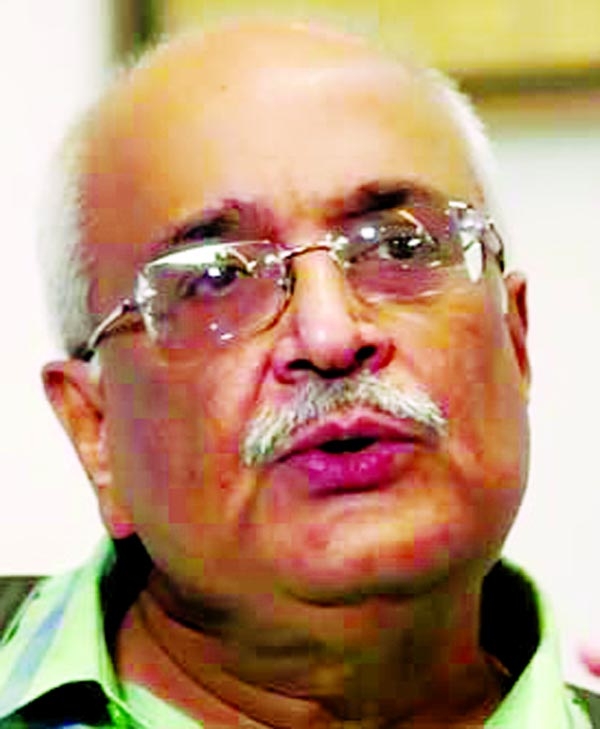 UNB, Dhaka :
Consumption protection and employment promotion should be the dual priorities of the upcoming national budget during the Covid-19 pandemic, said renowned economist and public policy analyst Dr Debapriya Bhattacharya.
To this end, the government has to give direct and substantive fiscal support to the traditionally disadvantaged communities as well as to the "new poor", he said in an interview with UNB about the national budget for fiscal year 2021-22.
Dr Debapriya said the new budget also needs to promote domestic market-oriented industrial diversification and introduce a universal social protection system.
He said the expansionary fiscal policy should focus

Â not on maximising the public expenditures for health exigencies, but also put more disposable income in the hands of disadvantaged households and investable resources in the hands of micro, small and medium enterprises (MSMEs).
The international noted economist said the new budget should neither increase tax rate nor apply new taxes, but should focus on improving efficiency of tax administration to prevent tax leakages and evasion, stop undue exemptions and definitely discontinue favouring black money launderers.
Noting that one of the fundamental issues for the next budget will be dealing with the protracted impact of the Covid-19, Dr Debapriya said the last budget was done under the incorrect assumption that the pandemic would vanish within 3-4 months and then normalcy would be restored in the economy.
"At that time, we pointed out that even if health emergencies subside, socio-economic impact of pandemic will be felt much longer. Now 12 months later we're in the midst of another Covid peak," he said.
The basic point is that, under the circumstances, public expenditure choices and other fiscal decisions within one-year time-frame is not appropriate from policy perspectives, he added.
"So, a "core budget" focused on defeating the pandemic and recovering from the fall-outs demand a time policy frame of at least two-three years. This has to be aligned with the current Five Year Plan (2021-25), SDG delivery schedule and climate action commitments," he said adding that a core budget is essential identifying major policy instruments which will ensure the reprioritised development outcomes.
"The development variable needs to be reprioritised from the point of view of employment retention and generation and no less important will be protection of consumption, otherwise poverty rate and inequality will increase further," he said.
Favouring an expansionary fiscal policy, Dr Debapriya emphasised the need for accelerating public expenditures and improving supply of liquidity to boost domestic demand for goods and services.
Dr Debapriya Bhattacharya said the major challenge for the government is that even if it wants to enhance public expenditures, it is not being able to do so. One critically constraining factor is this regard is the stagnating (if not falling) tax-GDP ratio. Low utilisation of foreign aid is further increasing resource pressure.
However, the government's inability to spend whatever money it has is due to low absorptive capacity of the public agencies, he said, adding that poor quality of public expenditures remains a major concern too. Streamlining the implementation of public expenditure portfolio will be an overriding priority for the next budget, mentioned Dr Debapriya.
Mentioning that there has been the marginal increase in the budget deficit (the deficit is now around 5 percent of GDP) over the last two-three years, he said, "In the financing of the budget deficit, we are using costlier domestic borrowing rather than international concessional funds. "And the utilised international funds are mostly less concessional, together resulting in increased debt burden".
The public policy analyst said that the post-Covid mid-term recovery programme demands structural reforms to make the fiscal framework efficient and effective. "The recovery demands a high-energy fiscal multiplier effect.t. For that the government also not only has to spend more, but it will also have to give the money to those people who have greater propensity to consume and invest," said the macro-economist.
"So, the very important part in the Covid recovery would be in the future to have much more targeted fiscal transfer along with food support for the traditionally marginalised communities as well as to the newly disadvantages households (the so-called new poor)" he said. He held that while the government announced programmes are in the right direction, they are miniscule in comparison to need and often implemented in a deficient way.
Dr Debapriya maintained that overwhelming portion of the disbursed pandemic-related public support (stimulus package) went to the big businesses, while a small portion to MSMEs, informal sector and other disadvantaged communities and activities.
It is obvious that these people will not be able to off-set the adverse fall-outs of the pandemic through monetary policy measures including the ones with interest rate subsidy. Thus, it calls for food support and direct cash transfer in larger volume through effective digital financial inclusion, he opined.
Given the emerging global situation and our recent Covid-time experience, Bangladesh should boost its aggregate demand for GDP growth by aggressively stimulating domestic demand. "For example, we need to invest further in agro-based manufacturing, post-harvest mechanisation in agriculture, digital platform-based activities," he said.
"Since the international market will remain volatile in near future, we would need to urgently improve our domestic productive capacity to diversify our labour-intensive manufacturing base for inclusive growth," said the economist. Upcoming budget should deploy fiscal measures to promote labour productivity across sectors.
Dr Debapriya said the Covid has given us the lesson that Bangladesh needs to move from the safety net programme for the poor to universal social security for all citizens. "We need to move from mere expansion of social safety net programmes to a universal social protection scheme as majority of Bangladesh's population is without any public or private support system," he added.
The recognised economist pointed out that the except the government employees, the poor who are under the social safety net and a small number of private service holders who have pension schemes, the overwhelming rest of the population are not under any public or private social insurance scheme. "So, it will be only opportune for this year's nationalbudgetto initiate a universal social protection scheme for all citizens of Bangladesh."