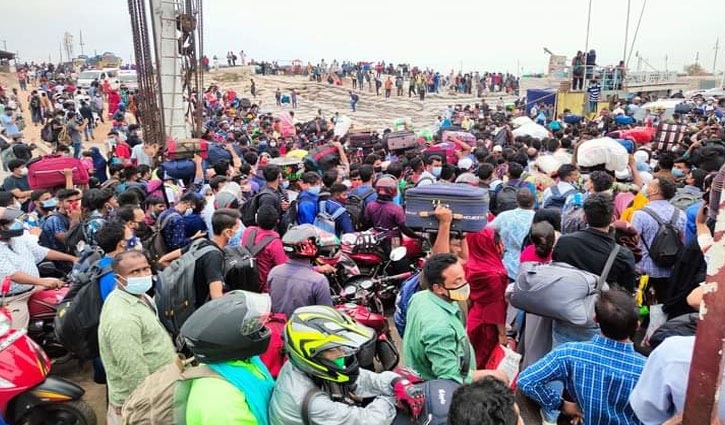 Mad rush of home-goers is prevailing in Shimulia ghat area. There was a pressure on the Shimulia ferry ghat in Munshiganj for last several days, but passenger pressure has increased from Wednesday morning. There is no place to put oneâs foot in the ghat area.

Thousands of people are returning home by ferry without paying attention to the corona infection in the country. On the Shimulia-Banglabazar route, 15 ferries have been plying on the Padma River from the morning.