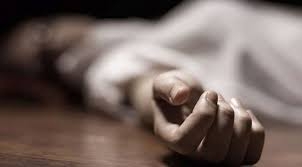 A woman was killed allegedly by her husband over a family feud in Sylhet's Goainhat upazila on Wednesday night, police said on Thursday.

The deceased was identified as Alima Begum, wife of Siddique Ahmed of Sheola Adarsha village in Biyanibazar upazila. Her husband has been arrested.

Alima's family members alleged that Siddique stabbed his wife to death at her father's place on Wednesday night over a family dispute following an argument.

Alima died on the spot due to excessive bleeding. Siddique fled from the spot immediately after the alleged crime.

Being informed, a police team led by OC of Gowainghat Police Station Abdul Ahad reached the spot and sent the body to the morgue of Sylhet Osmani Medical College Hospital for an autopsy.

Later, Siddique was arrested from Khagail village in Dakshin Ranikhai union of Companiganj upazila with the help of locals, the OC added.