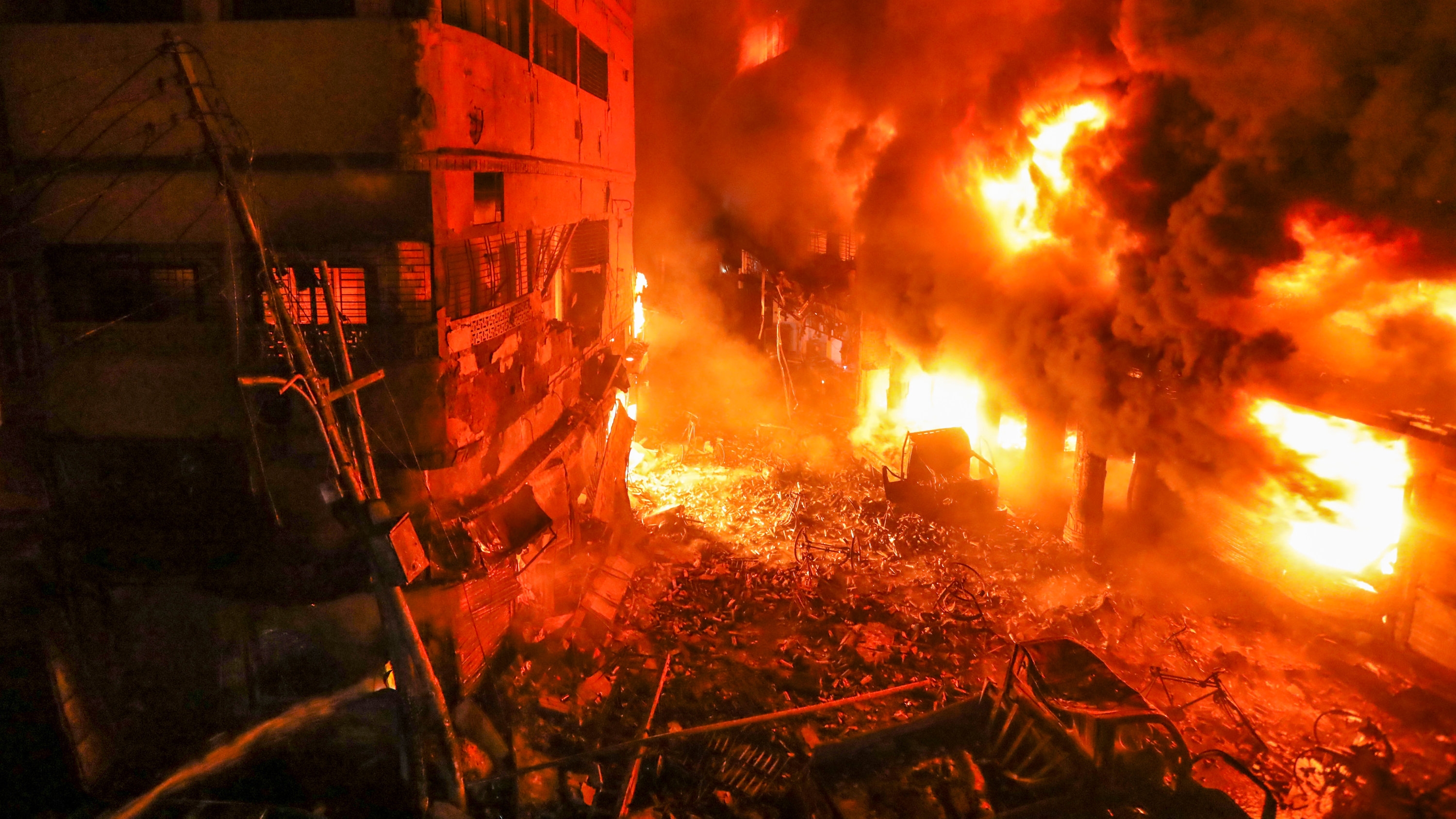 Five people suffered burn injuries in an explosion at a building in Bakolia area of Chattogram district on Saturday night.
The victims are Pradeep Das, 52, Madhusadan Datt, 45, Jadu Biswash, 55, Pankaj Dey, 40 and Kishore Kumar Dey, 42.
The explosion occurred from an unknown source at the flat of Pradeep Das at Bharapukur Par in the area around 8:45 pm after one person lit a cigarette lighterÂ  in the hous, leaving five people injured, said Mohammad Ruhul Amin, officer-in-charge of Bakolia Police Station.
Later, the victims were taken to Chattogram Medical College and Hospital.
However, it is still not clear what caused the explosion.