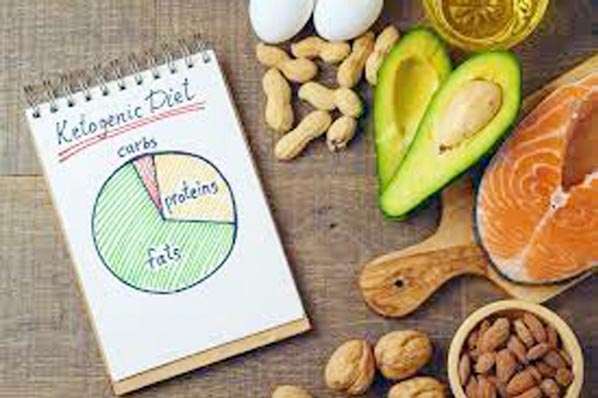 Gary L. Wenk, Ph.D :
A ketogenic diet is likely to induce a deleterious blood lipid profile in young, healthy adults.
Every type of diet is not going to be healthy for everyone. It is important to recognize the benefits and the risks that are inherent to any diet that has extreme features. For example, some popular diets from previous decades emphasized a very low carbohydrate intake, others emphasized very high protein intakes, and still others emphasized a very high fat intake. Because none of these diets even remotely resembles the one that was consumed by our mammalian ancestors-i.e., the one that was consumed while the brain and body were evolving for the past few hundred million years-it is important to weigh the risks against any benefits.
Given the popularity of the ketogenic diet, many recent studies have examined its benefits and risks. The ketogenic diet is composed of high fat, moderate-to-low protein, and very low carbohydrate content. The key feature is the very low levels of carbohydrates consumed. The small contribution of carbohydrates in the ketogenic diet is usually compensated for by a high fat intake; protein intake is usually rather moderate.
The ketogenic diet consistently achieves its most important goal: weight loss. In addition, many recent studies have documented the beneficial impact of the ketogenic diet on cardiovascular risk. This makes sense given the positive effects of the ketogenic diet on total body fat.
Furthermore, ketogenic diets are highly effective as an adjunct therapy for epileptic seizures. It has been reported to reduce the frequency of seizures by up to 50 percent. For many individuals, the ketogenic diet is an excellent dietary regimen.
The physiological mechanisms underlying the benefits of the ketogenic diet have been investigated. When the dietary intake of carbohydrates is restricted, there are endocrine changes in the body that increase your ability to metabolize dietary fat. Fatty acids are released from the adipose tissue and converted into energy.
In addition, as the fasting levels of glucose and insulin decrease, the amplified levels of adrenaline and glucagon will increase the supply of fatty acid to the liver, enhancing gluconeogenesis or the production of blood sugar. Increased fatty acid oxidation leads to the release of ketone bodies into the general circulation that can be used by tissues that normally require glucose. In this state of nutritional ketosis, the body has shifted from an insulin-mediated, glucose-dependent condition to one with an increased ability to use fatty acids as fuel.
Meanwhile, a series of ketogenic diet-induced changes in the liver have been uncovered that need to be closely monitored. The conversion of ketone bodies from fatty acids described above primarily occurs in the liver. The liver generates many different ketone molecules; two of these, Ã-hydroxybutyrate and acetoacetate, are used by the body for energy production.
Acetoacetate spontaneously degrades into acetone, another ketone molecule. Acetone is probably best known as nail polish remover; it is quite toxic. Unfortunately, increased levels of these three ketone bodies can induce severe inflammation and liver fibrosis.
In addition, a ketogenic diet will increase the cholesterol accumulation in the liver, which will significantly enhance the formation of carbon tetrachloride (used in dry cleaning) and thioacetamide (a well-known carcinogen in humans) that also lead to liver fibrosis. Finally, the ketogenic diet significantly reduces the overall antioxidant and detoxification ability of the liver. In conclusion, the authors warned that a high-fat ketogenic diet might trigger the development of severe fatty liver disease, characterized by the inflammation of the liver and the promotion of liver fibrosis.
Another recent study examined the effects of the four-week ketogenic diet in human females. The study was a randomized, controlled feeding trial with a crossover design. The authors reported that the ketogenic diet increased the level of LDL cholesterol (the bad one) in all of the subjects!
Apolipoprotein B-100, a small, dense LDL-cholesterol molecule, was significantly increased. Elevated levels of Apolipoprotein B-100 are associated with hypercholesterolemia. The authors of this study concluded that feeding healthy, young, normal-weight women a ketogenic diet induces a deleterious blood lipid profile.
The ketogenic diet, similar to all current and past fad diets, has real benefits and significant risks. These recent studies are a cause for concern for anyone considering consuming a ketogenic diet. Furthermore, these findings strongly argue against consuming alcohol when on the ketogenic diet.