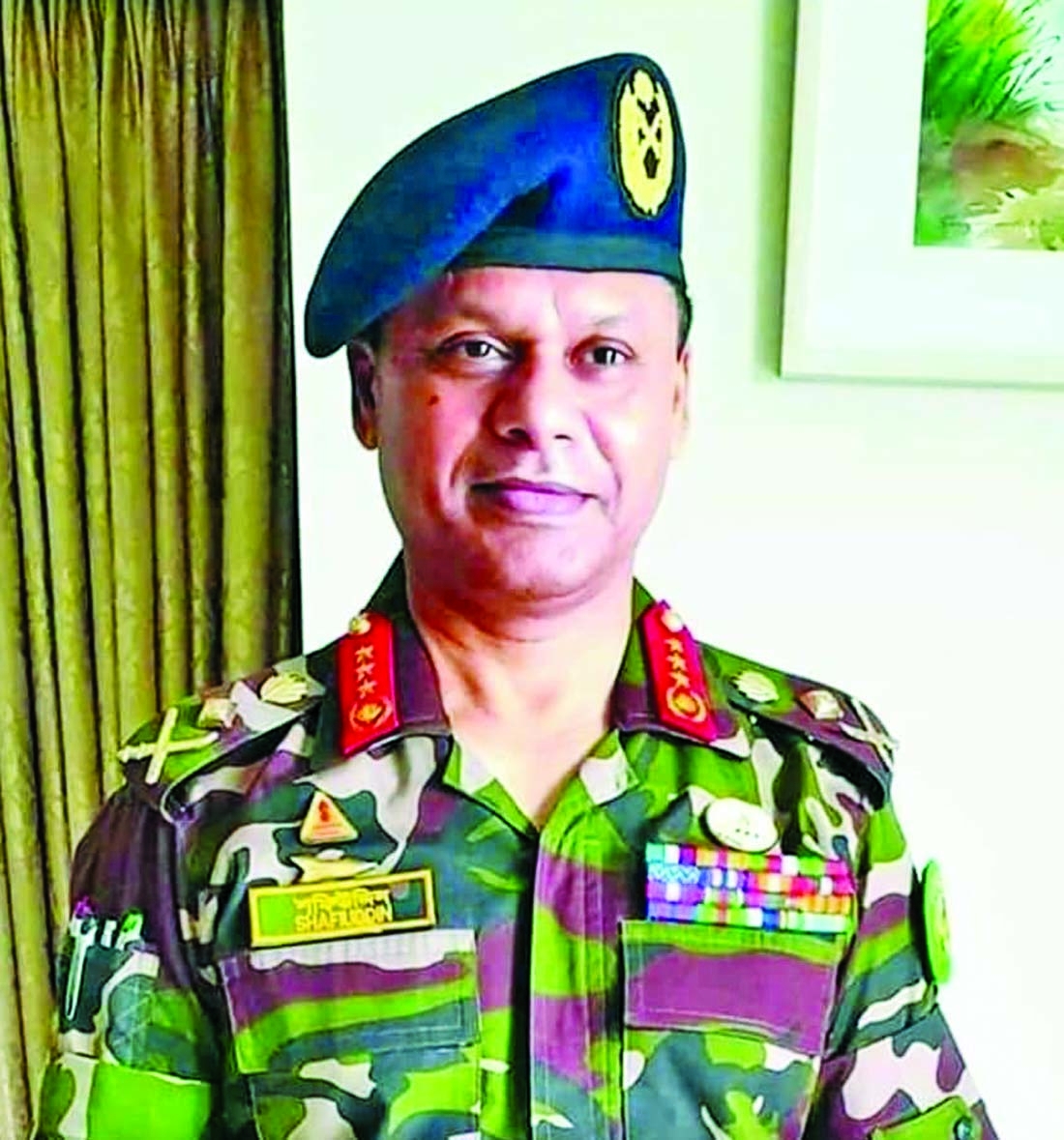 UNB :
The government has appointed Lieutenant General SM Shafiuddin Ahmed as the new chief of Bangladesh Army. The Ministry of Defence issued a gazette notification in this regard on Thursday.
It said Shafiuddin, now serving as Quartermaster General at the Army Headquarters, will be promoted to the rank of General on June 24 as he will take over charge as the Army chieffor the next three years.
"Bangladesh Army's BA-2496 Lieutenant General SM Shafiuddin Ahmed, OSP, NDU, PSC, Quartermaster General has been given the appointment as the new chief of Bangladesh Army from June 24 afternoon for the next three years," the notification reads.
He will replace current army chief General Aziz Ahmed.