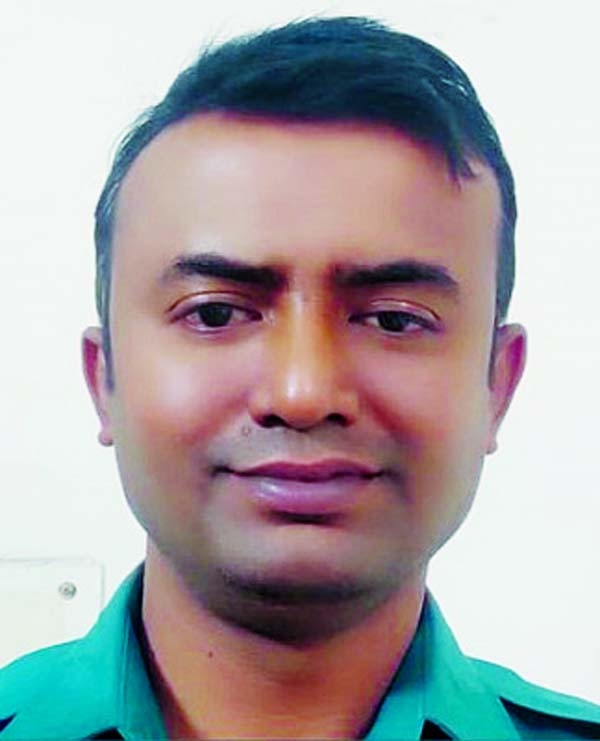 Chattogram Bureau :
An on-duty police officer of Chattogram Metropolitan Police (CMP) was killed and a constable received injuries in the early hours of Friday after being hit by a liquor laden microbus in city's Mehraz Khan Chowdhury Ghata area of Kaptairastar.
The deceased was identified as Kazi Md Salauddin, Assistant Sub Inspector (ASI) of Chandgaon thana, hailed from Laxmipur district and the injured Constable is Masum hailed from same police station.
Rajesh Barua, Inspector (Investigation) of Chandgaon thana Police said that the microbus hit a police team as they tried to stop the microbus tipped of it was carrying illegal drugs.
"Acting on a tip-off, Salauddin signalled a driver of a Hiace microbus, carrying distilled alcohol, to stop but the vehicle tried to speed away. It mowed down the officer and fled the scene immediately," Chandgaon Police Inspector (investigation) Rajesh Barua said.
Witnesses said the cop was run over and killed by the microbus that he had signalled to stop on Kaptai road at Mehraz Khan Chowdhury Ghata area.
Salauddin was rushed to Chattogram Medical College Hospital, where on duty doctors declared him dead. Constable `Masum' is receiving treatment at the same hospital, police said.
Special drive is going on to arrest the culprit. The body was sent to CMCH morgue for postmortem, said Rajesh.
Police seized the microbus later and recovered 730 litres of distilled alcohol from the vehicle.