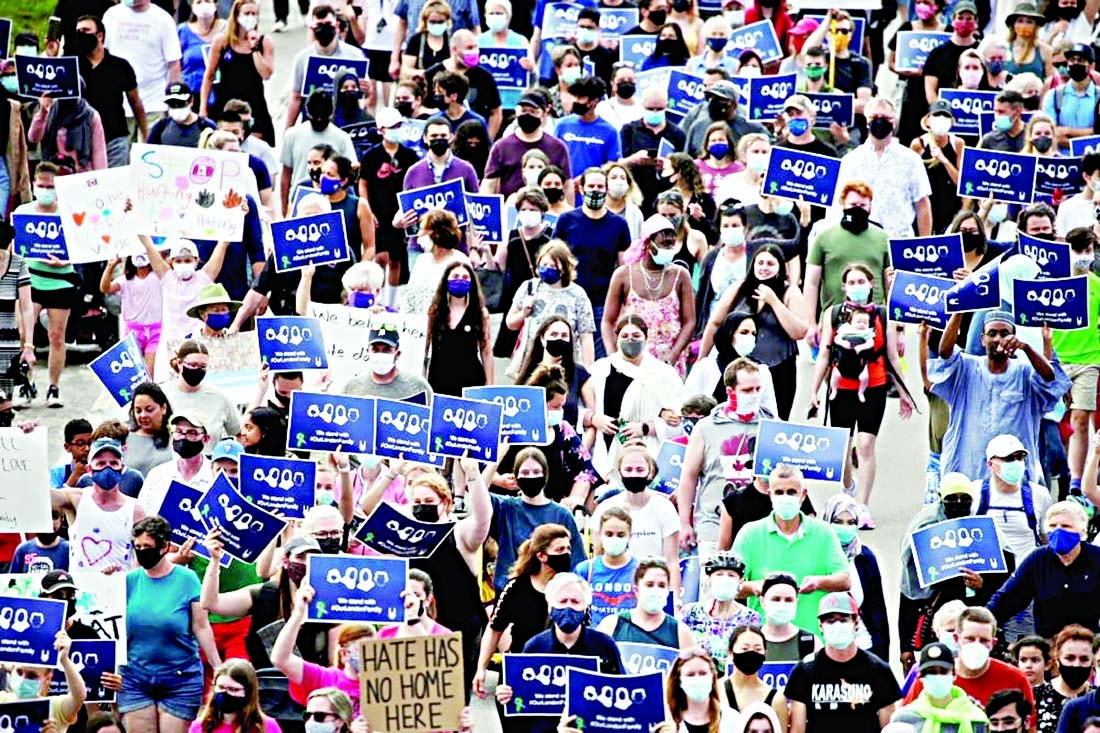 People march the 7km from a crime scene to a mosque in memory of a Muslim family that was killed in what police call a hate-motivated attack in London, Ontario, Canada on Friday.

Reuters, Ontario :
Thousands of people marched on Friday in support of a Canadian Muslim family run over and killed by a man driving a pick-up truck last Sunday in an attack the police described as a hate crime.
The four victims, spanning three generations, were killed when Nathaniel Veltman, 20, ran into them while they were out for an evening walk near their home. A fifth family member, a 9-year-old boy, survived.
People in London, Ontario marched about 7 kilometers (4.4 miles) from the spot where the family was struck down to a nearby mosque, the site close to where Veltman was arrested by police.
Some carried placards with messages reading 'Hate has no home here', 'Love over hate.' Similar events were held in other cities in Ontario, Canada's most populous province.
"The best part was not just the numbers ... but the diversity of the people coming from every single community in London, coming together for this cause," said 19-year old college student Abdullah Al Jarad at the march. The attack sparked outrage across Canada, with politicians from all sides condemning the crime, spurring growing calls to take action to curb hate crime and Islamophobia. Â Â  Veltman made a brief court appearance on Thursday and will return to court on Monday. He faces four charges of first-degree murder and one of attempted murder.
Canadian Prime Minister Justin Trudeau has called the killings a "terrorist attack" and vowed to clamp down on far-right groups and online hate.