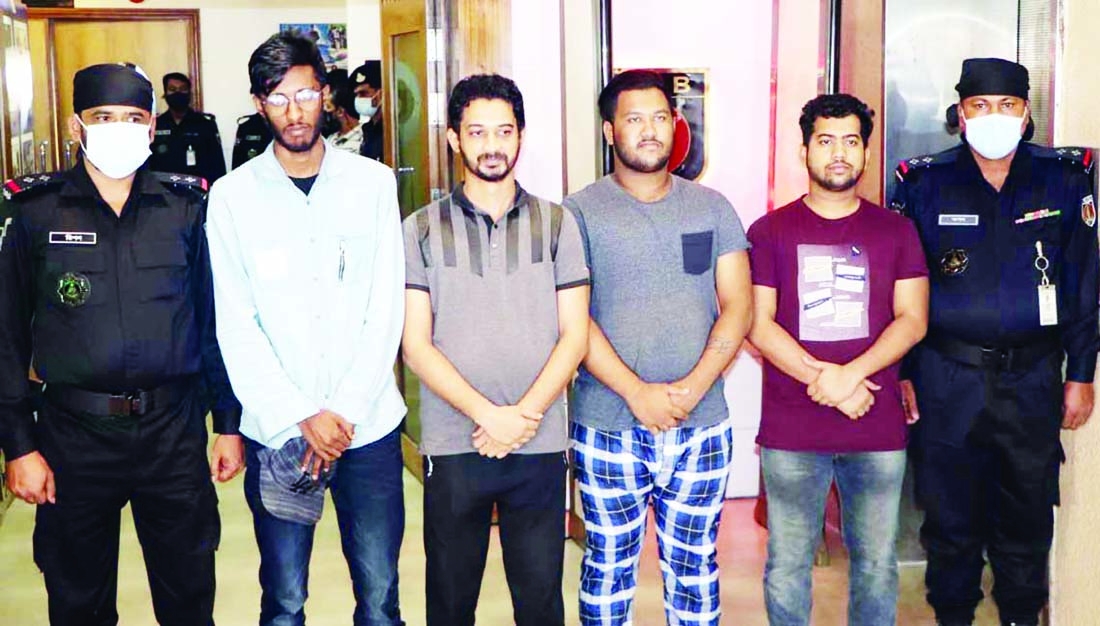 RAB arrested four members of a group involved in the illegal bitcoin trade from Darussalam area in the capital on Sunday.

The Rapid Action Battalion has arrested four people on charges of illegally trading cryptocurrency bitcoin.
Hamim Prince Khan, 32, the mastermind of the group, was among the four arrested at Mazar Road in Dhaka's Darussalam on Saturday night, RAB spokesman Commander Khandaker Al Moyeen said on Sunday.
Three others were identified as Rahul Sarker, 21, Sanjib Dey alias Titas, 28, and Md Sohel Khan, 20. All were from Faridpur's Bhanga Upazila.
They have a history of illegal transactions with criminal internet domain holders and traders through mobile banking or electronic money transfer system to trade the cryptocurrency.Â Â Â Â  Â
The group also purchased videos from "dark" pornographic sites and spread them in exchange for money, the RAB spokesman said.
They also duped youths on social media by promising them training in cryptocurrency trading.
"They have admitted to receiving tens of millions of takas in investment from interested people," Moyeen said.
Hamim has a number of virtual wallets, some of which were used for the transactions of Tk 15 million in the past one and a half months, according to Al Moyeen. Â
He said investigators would check the other wallets later.
Hamim gained computer expertise from YouTube lessons and a training centre after studying English in a college in Faridpur.
He later trained at least 50 others in cryptocurrency trading. He can also trade Litecoin, Dogecoin, Ethereum and other cryptocurrencies.
"He was mainly laundering a huge amount of money in the US, the UK, Canada and other developed countries."
Moyeen said Hamim hacked credit cards to purchase the bitcoin for trading.
The other suspects were trading cryptocurrencies after being trained by Hamim.
Bangladesh Bank in 2017 warned against trading in cryptocurrency, saying the Foreign Exchange Regulation Act, 1947 does not support the use of such currencies.
Online transactions in these currencies with unnamed people or people with pseudonyms may also violate the Money Laundering Prevention Act, 2012. Â