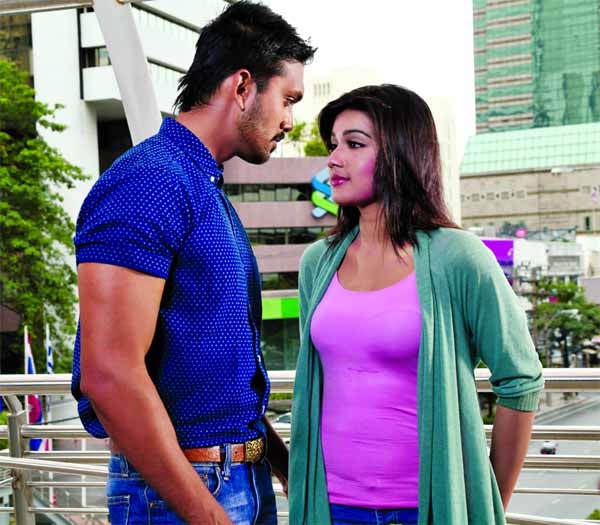 Agni is the most expensive movie in Dhakaâs film industry till now. Due to budget, location and technical arrangement of the movie made it most expensive. This film is produced by film production house, Jazz Multimedia.Story of Agni is absolutely different. Therefore, its shooting unit stayed in Thailand for four months at a time. According to the demand of the movie, besides scenic beauties, Harley Davidson, BMW bikes and water bikes were used in the movie. Therefore, expensive waterways were rented for five days for shooting. An aeroplane was also rented on the occasion. Around 233 BFX effects were used in this movie, which is highest number in the countryâs film history. World famous fighting group, Jika gave the fight direction in the movie.It may be mentioned that Iftekhar Chowdhury directed movie Agni is scheduled to be released on February 14 in 100 cinema halls across the country. By this movie, Mahiya Mahi is appearing as an action heroine to the viewers. For this reason, she has mentioned it an extraordinary for her film career. While sharing her feelings in this regard heroine Mahi told this correspondent, âAfter reading script of Agni, I was really excited to take part in shooting. I have performed in role of a âdisguised lady killerâ in the movie. I am mentioning this movie is the best in my career till now.âOn the other hand, hero Arefin Shuvo acted in role of a boxer in Agni. All on a sudden, Mahi met Shuvo in a mission in Thailand. Then many mysterious incidents took place in the story of the movie. Aliraz, Misha Shaodagar, Danny Sidak, Iftekhar Chowdhury, Kabila, Daisy, among others, performed in other roles in Agni.Â Â Â Â Â Â Â Â Â Â Â Â Â