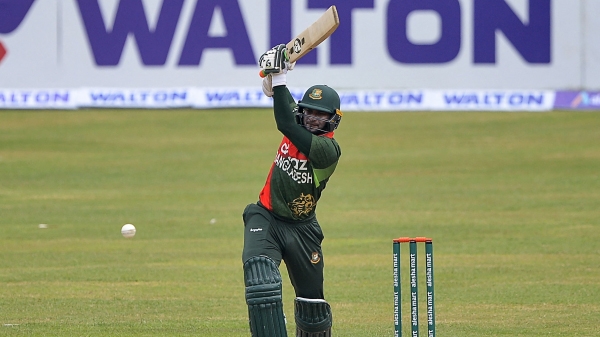 An all-round performance by Shakib Al Hasan powered Bangladesh to achieve an exciting three-wicket victory over Zimbabwe in the second One Day International (ODI) match at Harare Sports Club Ground in Zimbabwe on Sunday. Earlier, Bangladesh thrashed Zimbabwe by 155 runs in the first ODI at the same ground on July 16. By virtue of Sundayâs victory, Bangladesh won the ODI series 2-0.
Shakib remained unbeaten with 96. He hit eight fours in his 109-ball terrific innings. He claimed two wickets in the space of 42 runs. Shakib was adjudged the Man of the Match for his match-winning performance.
Chasing Zimbabweâs total of 240 for the loss of nine wickets, Bangladesh romped home making 242 for the loss of seven wickets when they had five balls to spare.