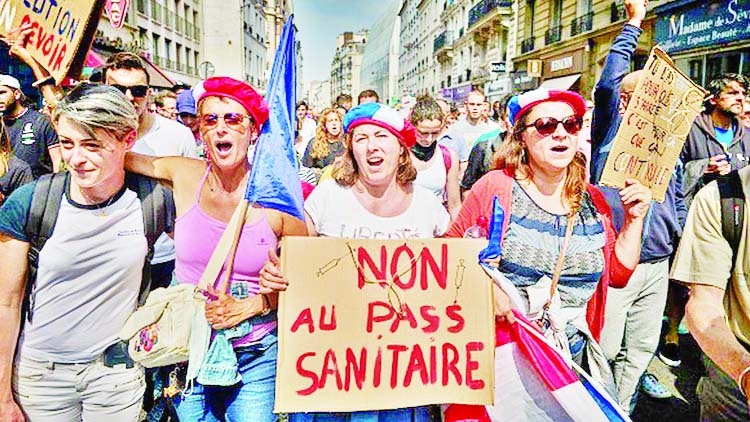 BBC Online :
Two vaccination centres have been ransacked in France, as people protested against the introduction of tougher coronavirus rules.
One site in south-east France was vandalised and flooded using fire hoses on Friday night, authorities said.
A day later, another clinic in the south-west was partially destroyed by an arson attack, local media reported.
The incidents came on a weekend of demonstrations. More than 100,000 came out to protest on Saturday.
Critics have accused President Emmanuel Macron's government of violating freedoms by introducing new rules.
The most controversial of the rules include mandatory vaccinations for health workers and health passes to access most public places.
Anti-vaccine graffiti was found near a vandalised vaccination centre in Lans-en-Vercors near the south-eastern city of Grenoble. Saturday's arson attack targeted a clinic in the village of Urrugne near Biarritz in the south-west.