Spirit Of Brotherhood In Islam 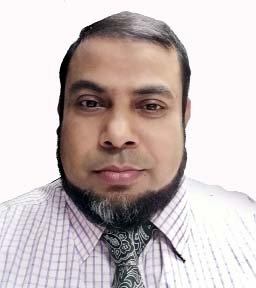 Md. Zillur Rahaman :
Hajj is celebrated every year when Muslims perform the required acts of devotion in the pilgrimage to Makkah. It takes place on the eighth day of Hijjah on the Islamic calendar. Hajj has been taking place for over 1,400 years. All Muslims try to go to Makkah at least once in their lifetime. Makkah marks the direction in which all Muslim's pray; it is the birthplace of Prophet Muhammad (PBUH), the last prophet of Allah. Hajj is not a single event, it takes place over many days and has many rites.
But the Saudi government has recently announced that due to the plight of COVID-19, only Muslims staying in Saudi Arabia will be able to perform the Hajj this year, so no one from outside the country will be able to perform the Hajj this time. The country's Ministry of Hajj Management says it will allow a maximum of 60,000 people to perform the Hajj this time, and that they must be between the ages of 18 and 65, and that vaccinations have been made mandatory for performing the Hajj. Due to the COVID-19 epidemic, the holy Hajj was performed in a limited way last year amidst various uncertainties. This year also the holy Hajj is going to be celebrated with limited number of pilgrims. However, whether it is a limited number of pilgrims or a small one, it is more important than the obligatory worship of Allah, but it is of great importance to the entire Muslim Ummah, which has been celebrated for hundreds of years.
The Hajj is one of the five pillars of Islam, and all able-bodied Muslims are required to perform it once in their lifetime. The Hajj is seen as a chance to wipe clean past sins and start fresh. Many seek to deepen their faith on the Hajj, with some women taking on the Islamic hair covering known as "hijab" upon returning.
While following a route the Prophet Muhammad (PBUH) once walked, the rites of Hajj are believed to ultimately trace the footsteps of the prophets Ibrahim and Ismail. Muslims believe Ibrahim's faith was tested when Allah commanded him to sacrifice his only son, Ismail. Ibrahim was prepared to submit to the command, but then Allah stayed his hand, sparing his son.
Pilgrims also trace the path of Ibrahim's wife who Muslims believe ran between two hills seven times searching for water for her dying son. Tradition holds that Allah then brought forth a spring that runs to this day. That spring, known as the sacred well of Zamzam, is believed to possess healing powers, and pilgrims often return from the Hajj with bottles of its water as gifts. Millions of pilgrims visit the well each year while performing the Hajj or Umrah pilgrimages in order to drink its water. Pilgrims enter into a state of spiritual purity known as "ihram" that is aimed at shedding symbols of materialism, giving up worldly pleasures and focusing on the inner self over outward appearance.
Before heading to Makkah, many pilgrims visit the city of Medina, where the Prophet Muhammad (PBUH) is buried and where he built his first mosque. After spending the night in the massive valley of Mina, the pilgrims head to Mount Arafat, some 12 miles east of Makkah, for the pinnacle of the pilgrimage. They scale a hill called Jabal al-Rahma, or Mountain of Mercy. It is here where Muhammad (PBUH) delivered his final sermon, calling for equality and for Muslim unity. He reminded his followers of women's rights and that every Muslim life and property is sacred.
Around sunset, pilgrims head to an area called Muzdalifa, 5.5 miles west of Arafat. Many walk, while others use buses. They spend the night there and pick up pebbles along the way that will be used in a symbolic stoning of the devil back in Mina, where Muslims believe the devil tried to talk Ibrahim out of submitting to Allah's will.
The last three days of the Hajj are marked by three events: a final circling of the Kaaba, casting stones in Mina and removing the ihram. Men often shave their heads at the end in a sign of renewal. The final days of Hajj coincide with Eid al-Azha, or the festival of sacrifice, celebrated by Muslims around the world to commemorate Ibrahim's test of faith. During the three-day Eid, Muslims slaughter animals and distribute the meat to the poor.
All the rituals of the Hajj have distinct historical background and the rituals have evolved to teach man how purify their soul, to be a good man and surrender to the almighty Allah.

(Md. Zillur Rahaman is a banker).