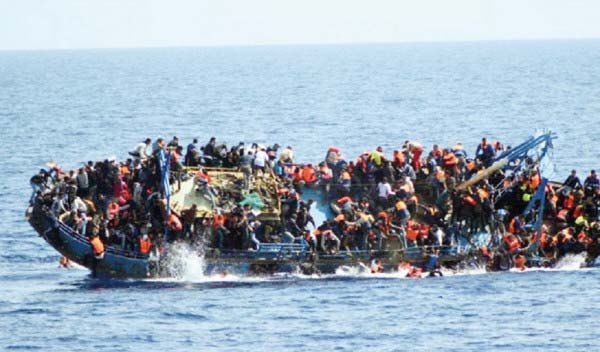 Online Desk :
At least 17 Bangladeshis drowned after a boat capsized in the Mediterranean on their way to Italy from Libya. Besides, 360 more people from different countries have been rescued alive, reports Reuters, citing the Tunisian Red Crescent on Wednesday.

According to the Red Crescent, the boat had set off from Zuwara on the northwest coast of Libya. There were immigrants from Syria, Egypt, Sudan, Eritrea, Mali and Bangladesh.

Meanwhile, the names of the casualties have not been identified yet. It is also not certain whether there are any more Bangladeshis among the rescued immigrants.

Mongi Slim, a Red Crescent official, said 17 Bangladeshis drowned and more than 360 migrants had been rescued when their boat capsized on their way to Europe from Libya.

The number of deaths of migrants trying to cross the Mediterranean from Libya to Europe has been on the rise in recent times.