Soumya Sarkar man of the match and series 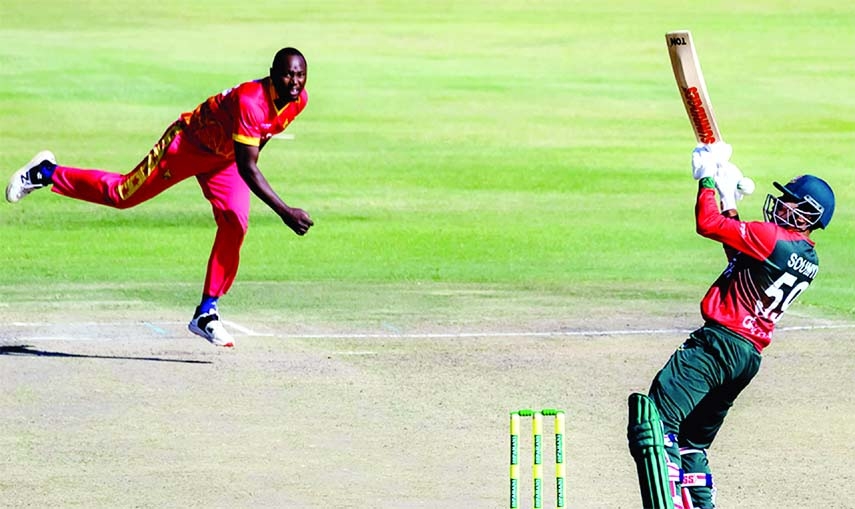 Soumya Sarkar of Bangladesh, plays a shot in the third and final Twenty20 International match against Zimbabwe at Harare Sports Club Ground in Zimbabwe on Sunday. Soumya was adjudged the Man of the Match for his outstanding performance.