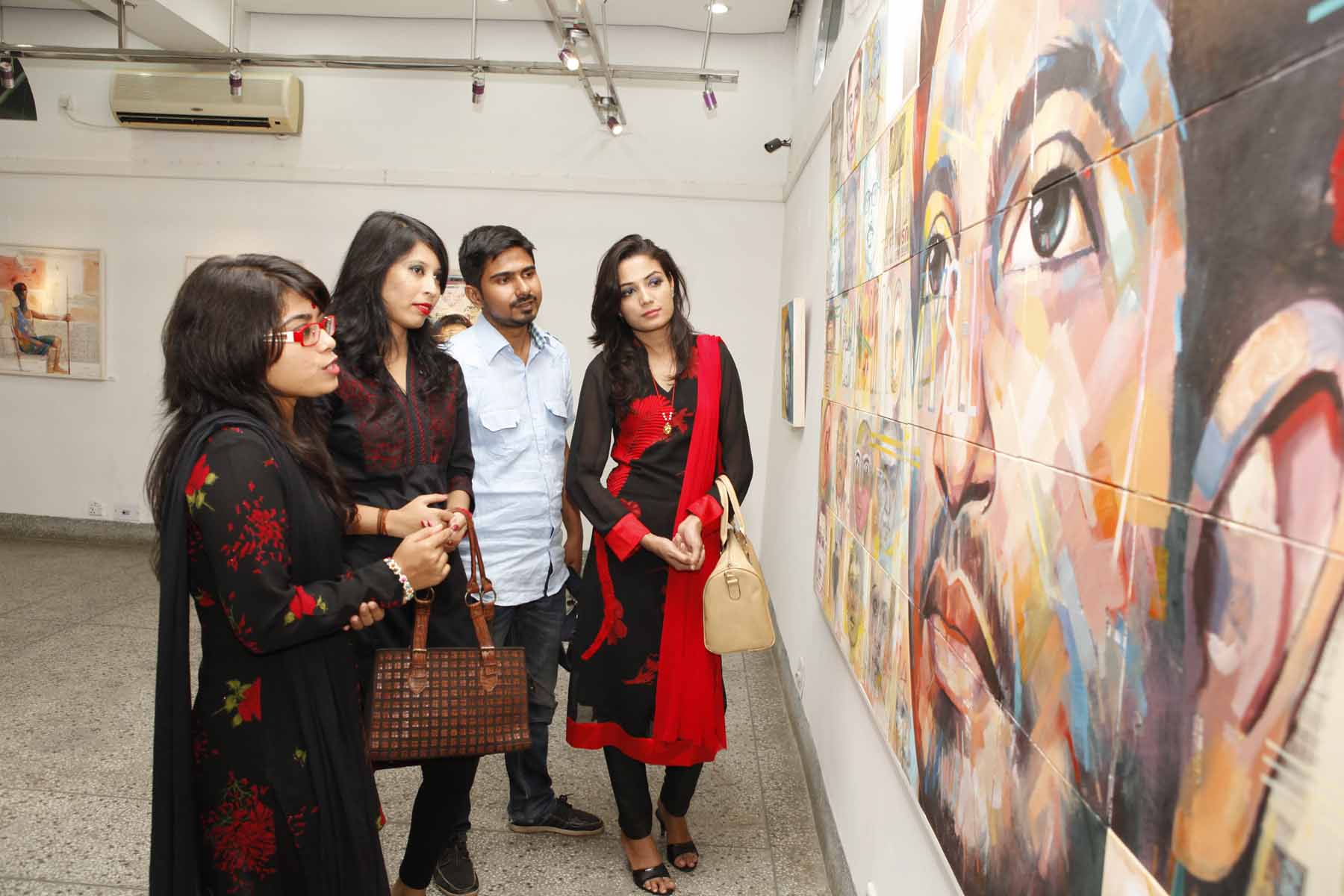 Sheikh Arif Bulbon :
The first solo painting exhibition of promising artist Monjur Rashid titled Searching Myself is going on at the La Galerie of the Alliance FranÃ§aise de Dhaka (AFD) in the cityâs Dhanmondi area now.
Eminent theatre and cultural personality Nasiruddin Yusuff Bachchu, Joint Secretary of the Ministry of Cultural Affairs Manzurur Rahman, and Associate Professor and Chairperson of the Faculty of Fine Arts of University Of Development Alternative (UODA) Shahjahan Ahmed Bikash jointly inaugurated the exhibition.
Monjur Rashid completed his BFA and MFA from UODA under the department of Drawing and Painting. He started working on experimental works such as charcoal, pastel, watercolour, acrylic and mixed media in the fourth year of BFA. His works in bottle and umbrellas largely contributed to exploring him into limelight.
Since 2013, he has developed new subjects and objects into works. Not to mention, he has already attended more than thirty group exhibitions in home and abroad. He was awarded in the 12th anniversary and annual art exhibition by UODA and by some other organisations.
Monjur is going to showcase his 37 artworks in this exhibition under the title of Searching Myself. His works will show the nature of human beings. Everyone wants to discover himself ahead of society and surrounding. Time comes when he is to overcome the situation and finally gets eager to come back is the subject matter of his works in the exhibition.Â  The media he has used in his works are watercolour, acrylic and mixed media.
The exhibition will continue till November 3.