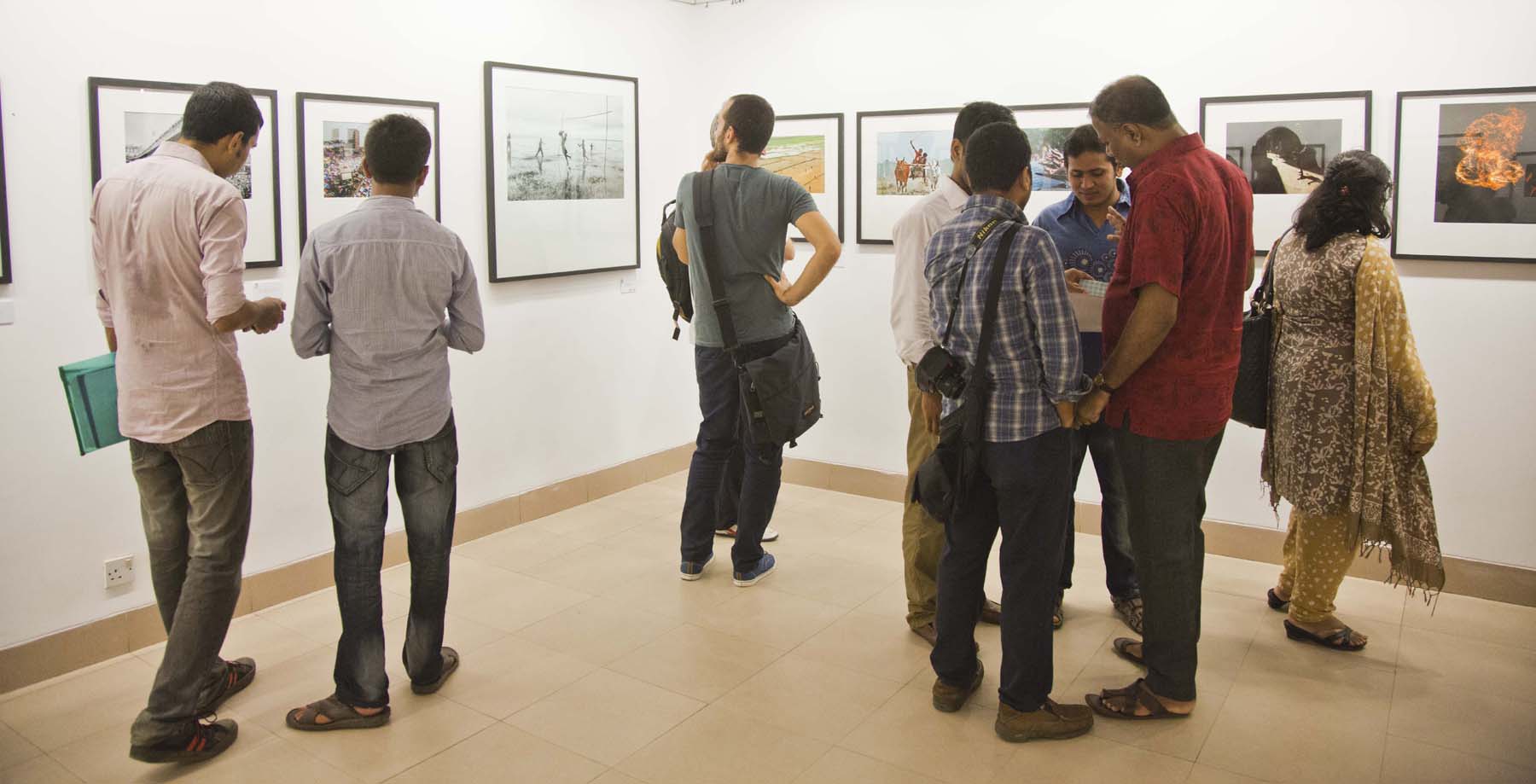 Art & Culture Report :
As part of the Spanish Week 2014 celebrations, the Embassy of Spain in Dhaka organised an exhibition titled Inspiration at the Drik Gallery in the cityâs Dhanmondi area recently.
Inspiration is the outcome of a photography competition that took place from August 27 to September 20. Enormous positive response was seen from photo enthusiasts of all age.Â  From 4000 submitted photographs 57 photographs have been selected finally.
Spanish Ambassador to Bangladesh Luis Tejada Chacon, Deputy Head of the Mission Embassy of Spain Patrick Sandoval and Managing Director of Drik Shahidul Alam were present in the inauguration along with the photographers whose work have been chosen for the exhibition.
The programme selected and awarded the best three photos of and launched a photo-book that contained all exhibited photographs.